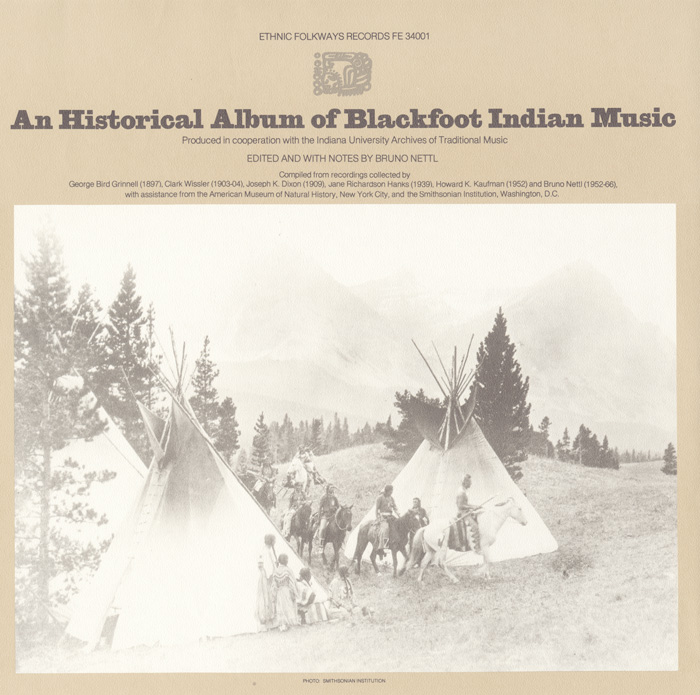 View Cart Custom CD $16.98
View Cart Digital Download $9.99
The Blackfoot, purportedly known as such because of their dark-colored moccasins, originally ranged across the northern Great Plains region (Montana, Alberta, and Saskatchewan). These recordings, made in different settings from the late 1890s to the mid-1960s, capture a period when Blackfoot lifestyle, culture, and music underwent major change. They also represent evolving fieldwork recording methods during those seven decades, as phonocylinders and phonowire gave way to tape recording.