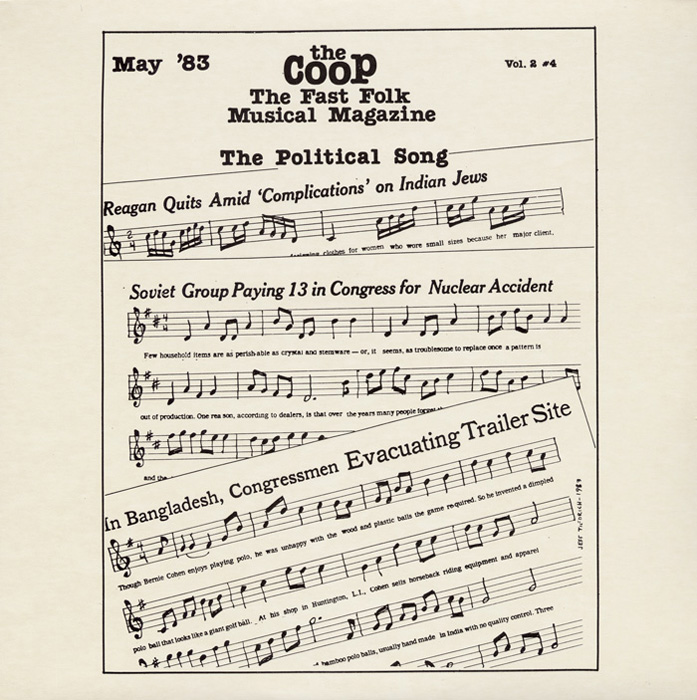 “There is no such thing as a political song, only political singers.” While much had changed from the social-political protests of the 1960s to those of the early 1980s, folksingers remained a plentiful focal (and audio) point on the American musical landscape. But Jack Hardy mourned that most of these entertainers “have nothing to say.” You can be guaranteed that those on this compilation—including Sis Cunningham, Doug Waterman, Fred Small, Carole Rose Livingstone and Bob Norman—do have something to say...on people in power ruled by oil money, the diminishing natural resources and the Watergate scandal.