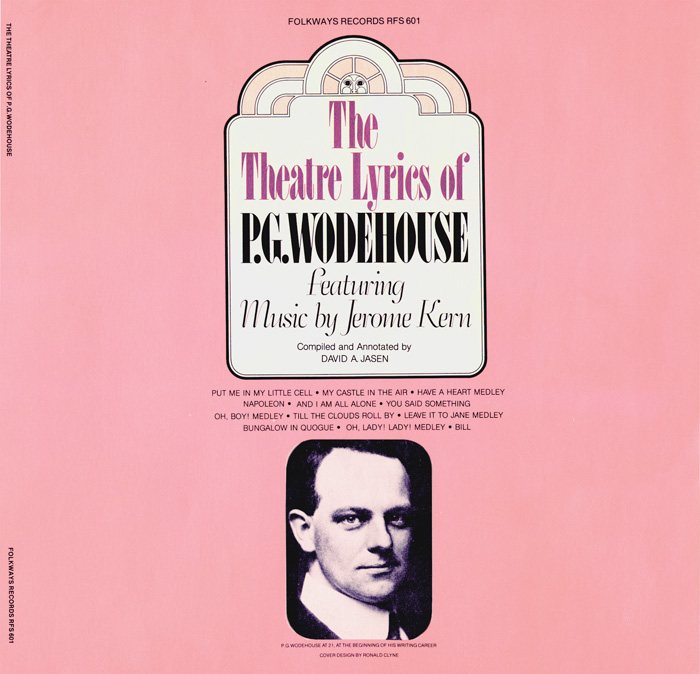 View Cart Custom CD $16.98
Composer Richard Rogers wrote, "Before Larry Hart, only P.G. Wodehouse had made any assault on the intelligence of the song-listening public." The prolific English novelist composed thirty-three musicals in the course of his career, and had five shows on Broadway at the same time in 1917! This collection presents some of Wodehouse's popular lyrics.