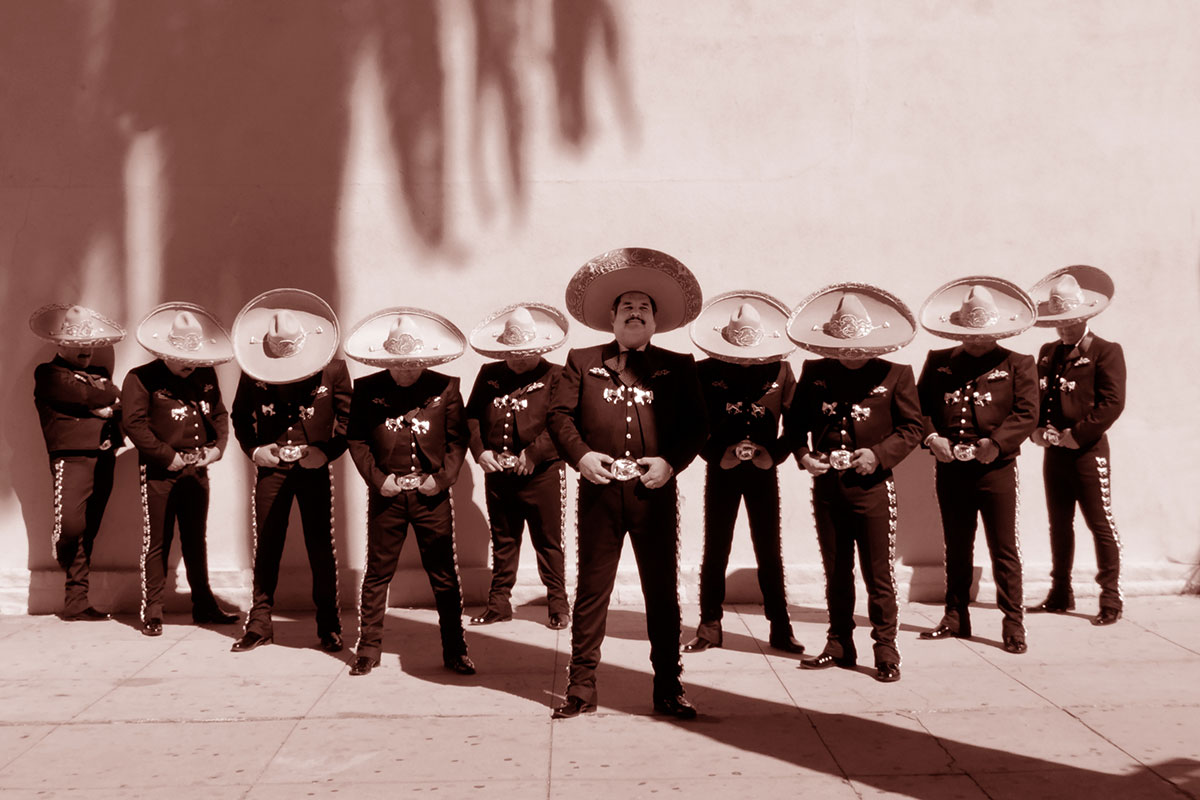 “The Los Angeles-based Mariachi Los Camperos is considered by many to be the finest mariachi ensemble in the world. Undoubtedly, it has played a central role in the United States in raising both the artistic standards and the public perceptions of mariachi music, which is now recognized by UNESCO as a masterpiece of Intangible Cultural Heritage of Humanity.”
—The National Folk Festival

Los Angeles–based Mariachi Los Camperos’ abundant accolades, including multiple Grammy awards and nominations and highly praised performances on premier concert stages such as Lincoln Center, the Kennedy Center, Walt Disney Concert Hall, and the Getty Center, can easily obscure the fact that its leaders come from humble roots, deep within a mariachi tradition shaped by family and community. The group’s founder, Nati Cano, was a third-generation mariachi musician from the small town of Ahuisculco in the west Mexican state of Jalisco. From 1961 to his death in 2014, he lived his dream, forging his own group from his artistic vision and determination. Over his musical career, he challenged the attitudes that, during his youth in Mexico, led formally trained musical peers to look down on his beloved rural and working-class music. In the United States, he worked against class and racial prejudice that relegated Mexicans and their music to second-class status. In the end, he succeeded both socially and artistically, as borne out by the group’s and his own many honors and performances in prestigious venues across the United States and Mexico. In the words of Jesús “Chuy” Guzmán, his disciple and successor as Camperos leader, “He wanted to have a mariachi that would have dignity, that would have heart, that would have soul, and he made Los Camperos.”

END_OF_DOCUMENT_TOKEN_TO_BE_REPLACED

“I owe a lot to Mr. Cano,” says Guzmán. “He was my tutor; he was my artist. Really, he was everything for me. He guided me. He would tell me, ‘Look, when [you write arrangements], look for simplicity... The song is already there. Look for a touch-up,’ he would say. ‘Why are you going to put a thousand notes into it? It’s as if you were to put five paintings one on top of the other. No, no, no. It gets in the way.’ That’s one of the things that I learned from Mr. Cano.” By 1992, Guzmán was arranging pieces for Los Camperos under Cano’s supervision, and his talents grew rapidly. His creativity was key to the Grammy-nominated albums Llegaron Los Camperos: Concert Favorites of Nati Cano’s Mariachi Los Camperos (2006) and Tradición Arte y Pasión: Mariachi Los Camperos de Nati Cano (2015), and Grammy winning Amor, Dolor y Lágrimas: Mariachi Los Camperos de Nati Cano (2008). In 2014, Nati Cano was present at the final performance by Los Camperos before he lost his battle with cancer.

Today, Chuy Guzmán leads the Camperos legacy, providing the vision for its sound and repertoire. He continues Cano’s legacy of teaching the tradition throughout the United States and parts of Latin America. Chuy Guzmán is living his dream, and he is dreaming ever bigger. Looking back on his career, he says, “I’m not going to tell you that the work was easy, but... I feel good about what has happened in my life, in my path as a musician.” Looking ahead, he adds, “There’s still a lot to do... My dream will come to an end when I am gone.” 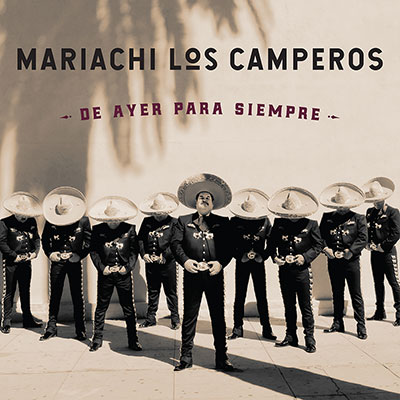 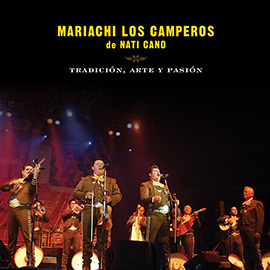