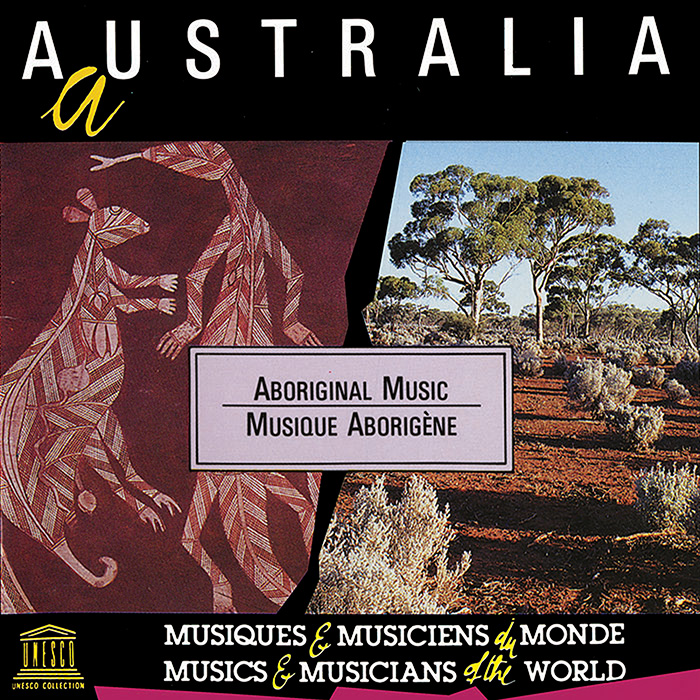 View Cart Custom CD $16.98
View Cart Digital Download $9.99
It is thought that the indigenous peoples of Australia (Aborigines) have inhabited the varying terrains of the continent for more than 40,000 years. Although only three percent of Australia's population (as of 2013), the first Australians belong to more than four hundred distinct tribal groups and speak over two hundred languages.Aboriginal music is essentially vocal music and mainly the prerogative of men, although women may provide vocal support in some ceremonies. Music is primarily sung during ceremonial rites of passage and funeral rituals. Singers may occasionally be accompanied by the droning rhythmic patterns of the didjeridu (didgeridoo), a long, tubular wind instrument usually made from eucalyptus wood, or by sticks.The album includes ten songs—Rain Dreaming songs, clan songs, dance songs, and women's songs—in  nine languages. The liner notes present detailed information about regional variations in the music and about each selection. This album is part of the UNESCO Collection of Traditional Music.