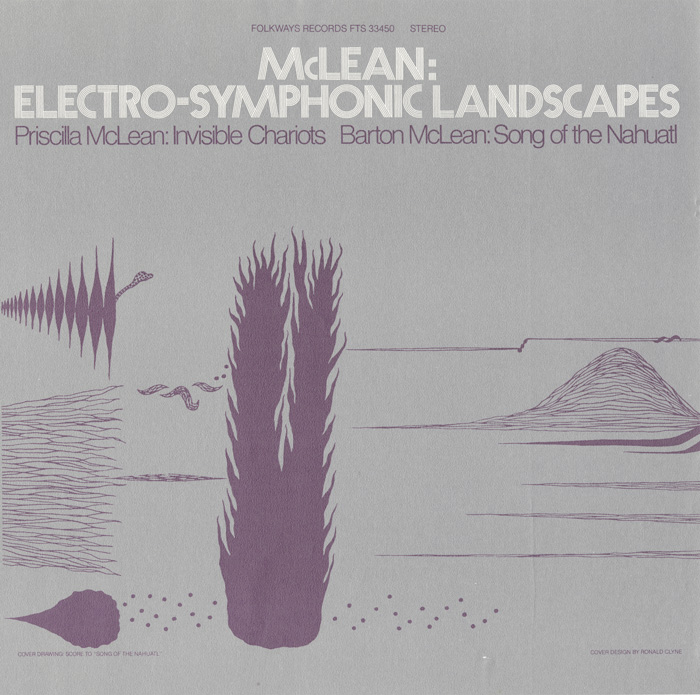 View Cart Custom CD $16.98
View Cart Digital Download $6.98
This 1979 album, by the husband and wife composing-performing electronic music duo of Priscilla and Barton McLean, showcases two pieces, “Invisible Chariots” by Priscilla and “Song of the Nahuatl” by Barton. Begun in 1975 and completed in 1977, “Invisible Chariots” is a three-movement piece, named after a Carl Sandburg poem, about the “intuitive creative force” that shapes composition. Composed in 1976, “Song of the Nahuatl” was underwritten by a grant from the National Endowment for the Arts. The piece explores “the philosophical question of Man’s role in the natural world and universe.” Liner notes contain the composers’ notes on the pieces and brief biographies, as well as photographs of the McLeans performing.