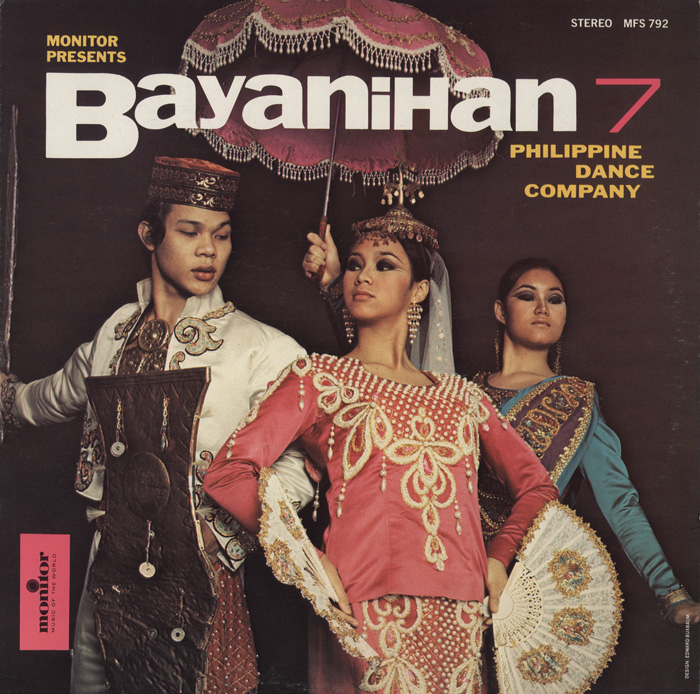 Recorded in New York City in 1977, this album includes a diverse repertoire, with melodic pieces supported by the rondalla string ensemble and percussive pieces with gongs and drums. The album shows the influence of other musical cultures in the Philippines, such as Spanish music in the piece “Tacon Y Punta” and Chinese music in “People Under the Sun.” Bayanihan’s first international performance was at the Brussels Universal Exposition in 1958. The group continues to tour internationally.

Liner notes include information about Bayanihan and a list of their recordings on Monitor.