Who Built America: American History Through Its Folksongs 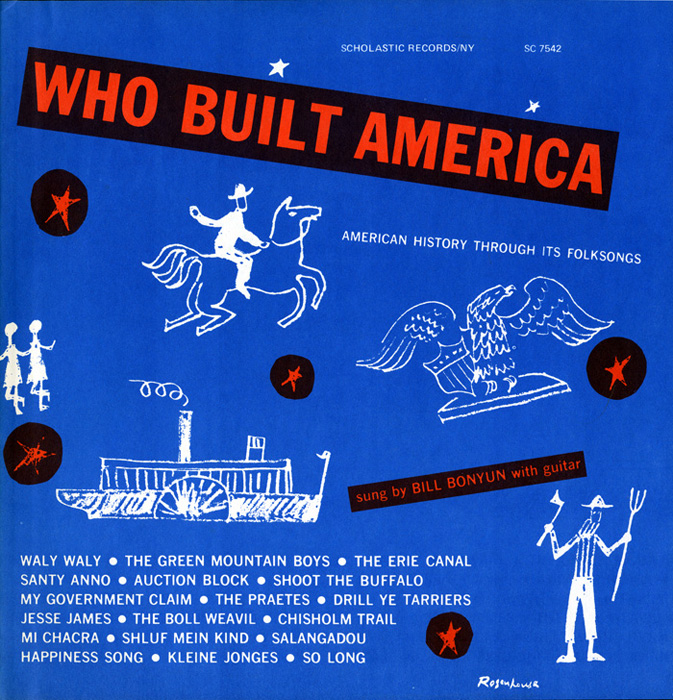 View Cart Custom CD $16.98
View Cart Digital Download $9.99
In this 1950 Folkways album for a youthful audience, Bill Bonyun (1911–2001) performs folk songs illustrating America’s history. He emphasizes the important contributions made by immigrants in the building of the American nation and includes five songs in languages other than English. A brief spoken commentary accompanies each song, placing it in its historical context. The liner notes include an introduction by Beatrice Landeck, biographical information on Bonyun, and background on the songs and lyrics.