Traditional and Original Songs of Ireland 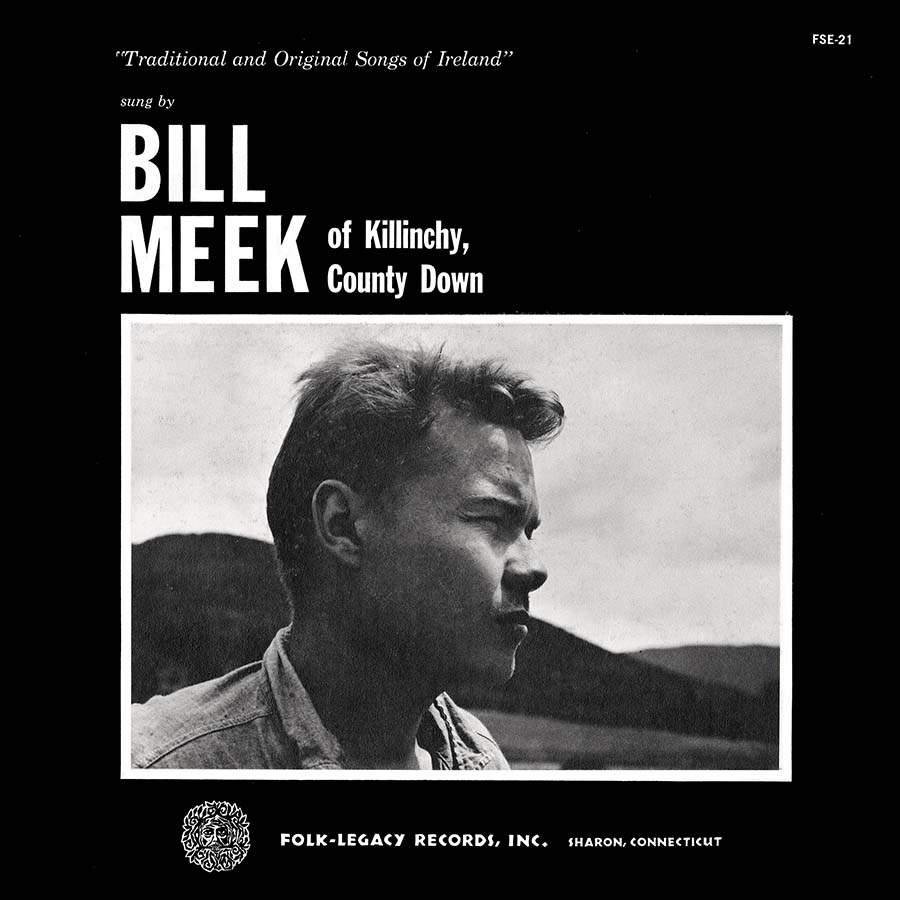 Released in 1965, this early record from the Folk-Legacy label features Bill Meek, a musician and composer born in the town of Killinchy, Northern Ireland. Recorded by label founder Sandy Paton while Meek briefly lived in Vermont, the album is a mix of traditional Irish songs and his own compositions. Though a varied selection, the thematic thread running through the album is social and political, with songs that range from the 1798 United Irishman rebellion up to contemporary issues facing Irish migrant workers in the United Kingdom. One of Meek’s originals, “The Complaint of the Bard,” comments on the peculiar relationship between American audiences in the folk revival and traditional musicians whose “ethnic” status is either exploited or misrepresented; he makes explicit reference to Greenwich Village and Pete Seeger’s publication Sing Out—a potentially uncomfortable but altogether valuable song that now finds its home in the Smithsonian Folkways catalog. Meek accompanies himself with guitar or sings unaccompanied, presenting a strong command of voice, melody, and phrasing, tastefully complementing the text and meaning of his repertoire. Research and comments on the tracks make up the extensive liner notes, written by Meek himself, included with this release.