The Singing Streets: Childhood Memories of Ireland and Scotland 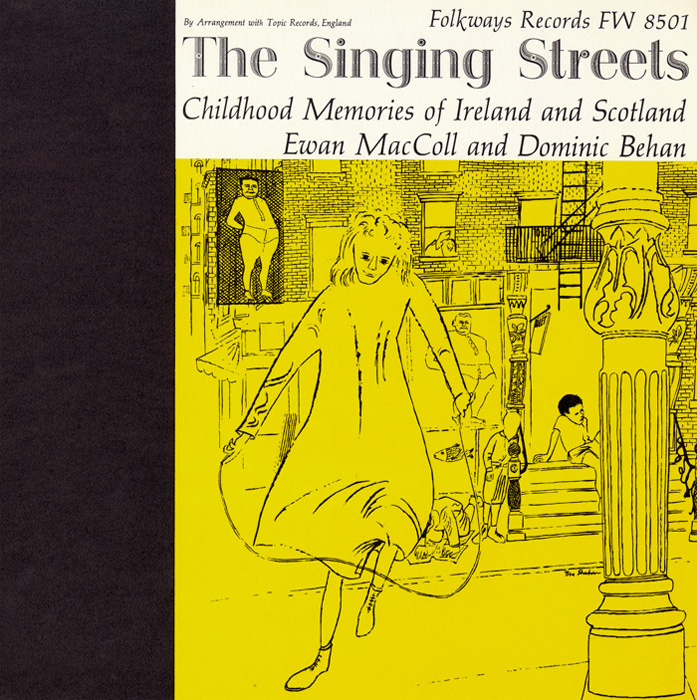 Scottish folksinger Ewan MacColl and Irish singer Dominic Behan delve into their childhoods to present the songs and chants of their working-class neighborhoods in Dublin, Glasgow, and Salford (in northern England). Unaccompanied—in keeping with tradition—the 100 songs include nonsense rhymes and ditties, counting games, ball-bouncing games and rhymes, skipping-rope pieces, jibes, taunts, oaths, street ballads, seasonal songs, and insults. In between selections, Ewan and Dominic provide context by explaining the circumstances in which the songs or chants were performed.

Listeners may recognize songs from their own childhood. Songs from ancient British ballads to 19th-century American popular songs were all grist for the mill of childhood creativity.

Liner notes include an "Introductory Note" from folklorist Kenneth Goldstein and a complete transcript of the recording.