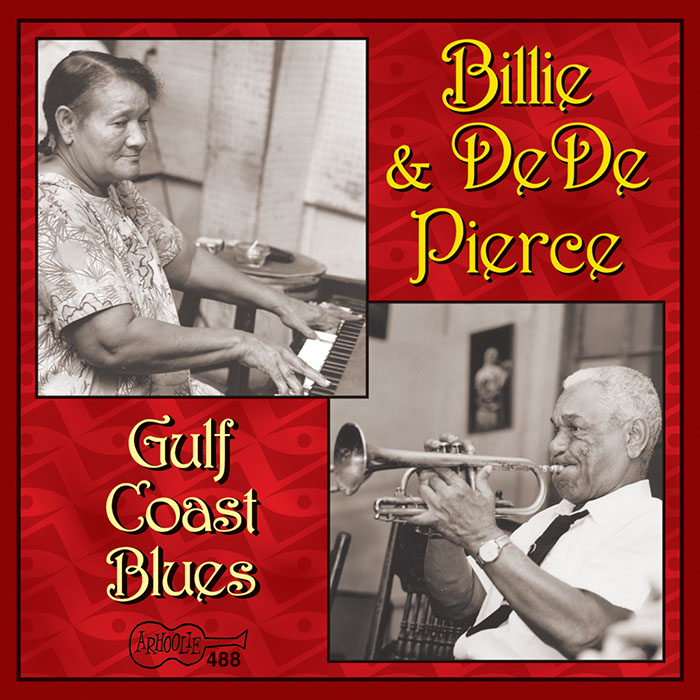 View Cart CD $14.98
View Cart Digital Download $9.99
Trumpeter and vocalist De De Pierce (born Joseph De Lacroix Pierce) and pianist/vocalist Billie Pierce (born Wilhelmina Goodson) performed traditional jazz and ragtime music in New Orleans from the 1920s until their passing in the early 1970s. Although De De’s illness and eventual blindness sidelined their careers in the mid-1950s, the renewed interest in traditional jazz by the 1960s—and their joining the Preservation Hall Jazz Band—turned things around for them. This album, recorded in 1959, features a re-recording of one of De De’s earlier hit recordings, “The Peanut Vendor.”