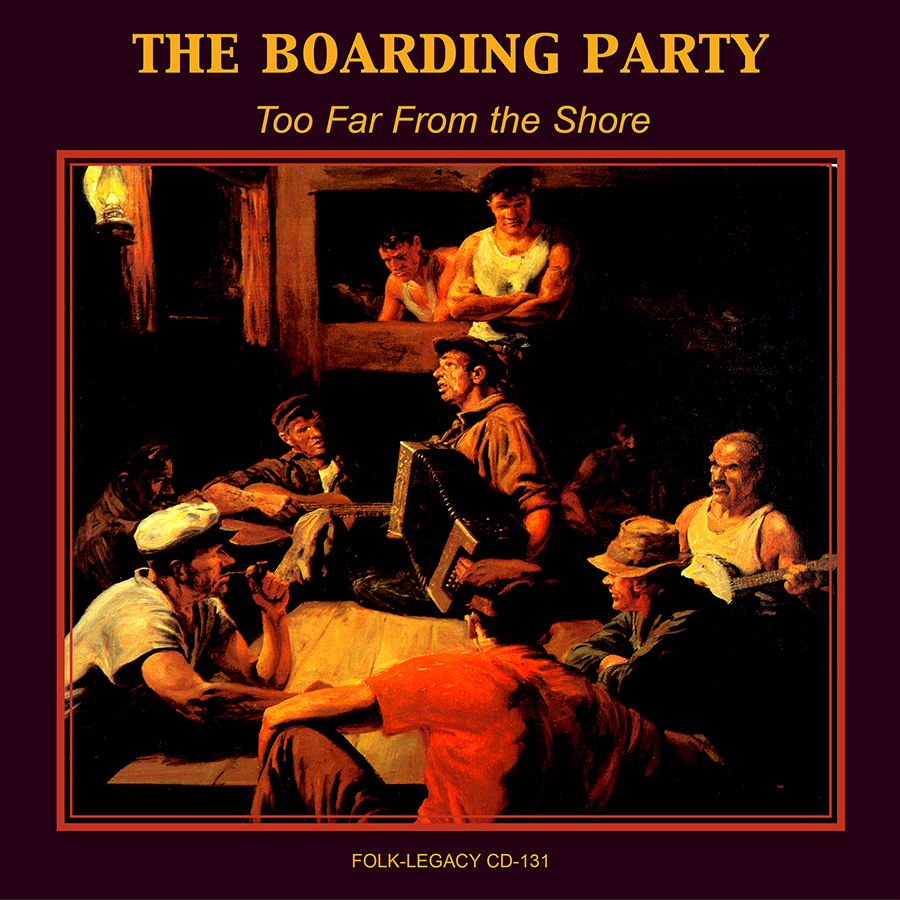 The final release from The Boarding Party, a shanty-singing vocal group comprised of Jonathan Eberhart, Tom McHenry, K.C King, Dave Diamond, and Bob Hithcock. Too Far From the Shore presents a collection of nautical songs born of diverse origins and historical circumstances. While some of the featured songs came out of the American Civil War, others hail from the Great Depression; though most are American and British, one song (Oray Sujon Naiya) comes from Bangladesh. "Solar Privateer", an original song written by Eberhart (a science journalist), was inspired by the solar sail, a means of spacecraft propulsion. The album is dedicated to Eberhart, who passed away shortly before its original release on the Folk-Legacy label in 2003.