Borders: Songs and Dances of the Scottish-English Border 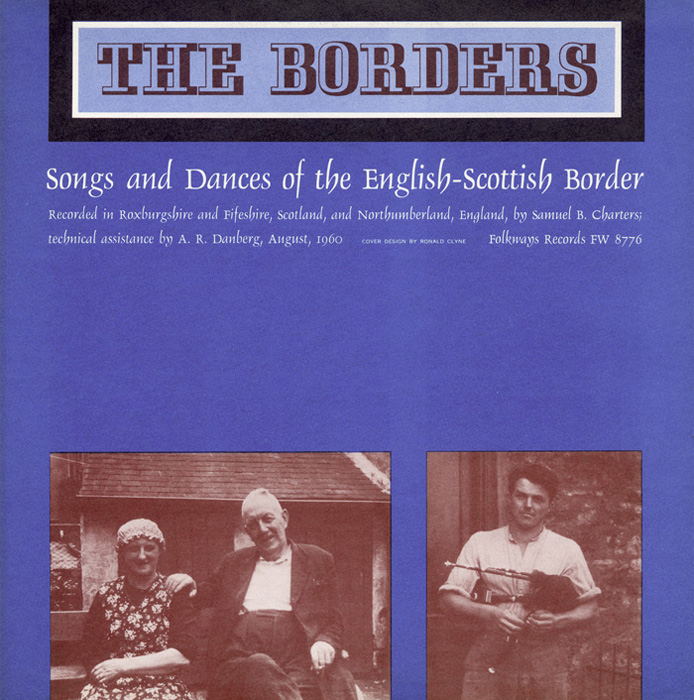 View Cart Custom CD $16.98
View Cart Digital Download $9.99
Produced by noted music historian Samuel B. Charters, this album is a collection of field recordings of folk music from the border of Scotland and England. This region, fought over by English and Scots for many centuries, has a traditional culture containing elements typical of both countries. Many of the people native to the region, however, feel there is a noticeable difference between the music and speech on the two sides of the border. The album features folk songs sung a cappella in local dialects, fiddle tunes, songs played on a lesser-known variety of bagpipe called the Northumbrian smallpipes, and a recitation of a poem by D.M. Mackenzie. Liner notes include photographs and information on the region, the songs, and the performers.