Big Boat Up The River 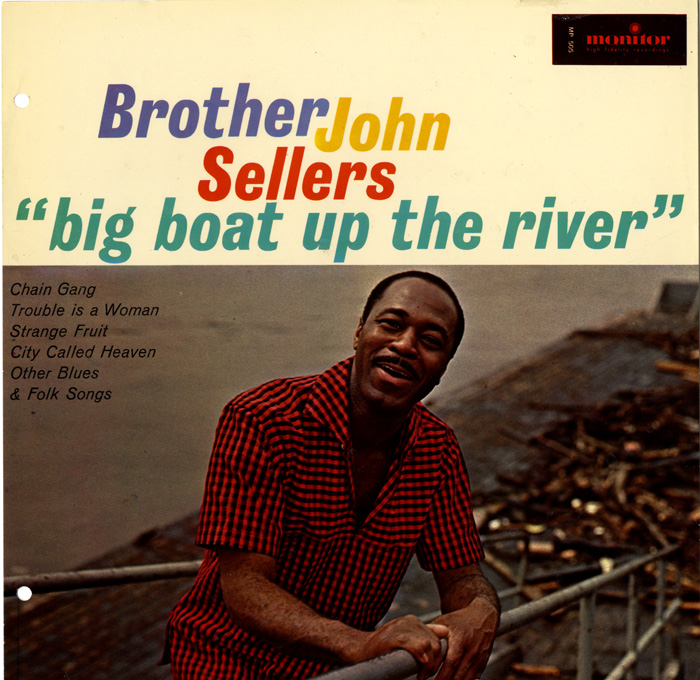 Blues and gospel singer John Sellers (following the custom of his church, he was known as "Brother John") performs 12 soulful tracks on this 1959 Monitor release. Discovered by gospel singer Mahalia Jackson, Sellers moved to Chicago from Clarksdale, Mississippi, when he was just 9 years old. Later he played secular music, became involved in the folk revival scene in Greenwich Village, and was long associated with the Alvin Ailey American Dance Theater. No liners notes are available on this album.

This title was also released on CD as MON06002.