Music of Chorti Indians of Guatemala

Summary
This unit contains a total of three lesson plans, which focus on marimba music of indigenous people of Guatemala. Activities include attentive, engaged listening experiences, which lay the groundwork for actually performing an arrangement of the listening example. A video segment provides a springboard into a discussion of marimba music in the context of Guatemalan cultures.

Lesson Segment 1: Attentive and Engaged Listening to the Music of the Chorti Indians of Guatemala 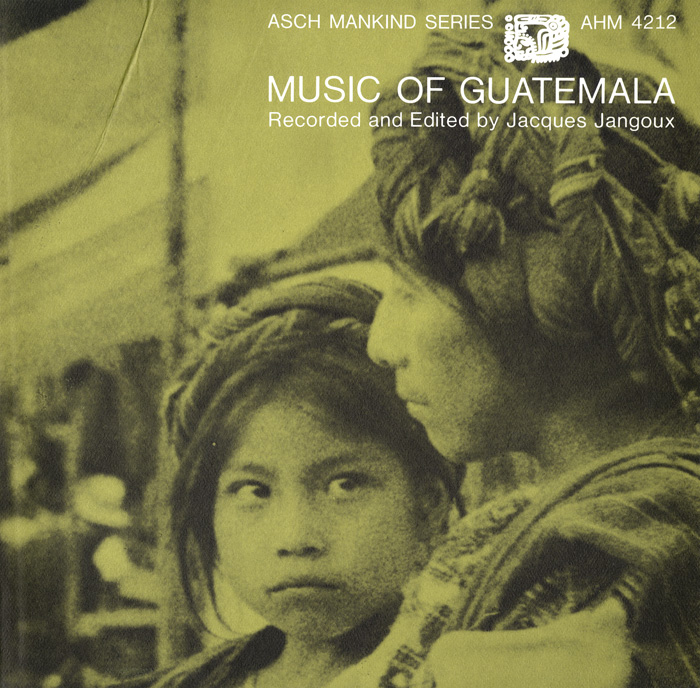 1. Make sure you the CD player works, is set to an appropriate volume and is accessible from teaching area.

2. Set shakers, red ribbons, and blue ribbons so they are separated and ready to hand out efficiently.

4. While listening to the recording, ask students to listen to the rhythm of the lowest marimba part (eight rest, eighth note, eighth note) and tap the rhythm (two fingers into the palm of the hand). Lead students in varying the method of rhythmicking ie. clapping, partner clapping, marching, or patting head, shoulders, knees.

10. Trade ribbons and shakers until each group has had at least one turn with each element.

Lesson Segment 2. Playing the Music of the Chorti Indians on Marimba and Recorder

1. Listen to CD (track #105) two or three times while following along with the score. Focus each listening by pointing out different musical elements such as out repeated rhythmic motives and changing compound meters. Instruct students to tap the beat with their finger while they follow along with the music while listening.

2. Rehearse Marimba B while others lightly tap the rhythm of their own parts on their palms with two fingers.

3. Add Marimba A while recorder lightly taps, then add recorder.

4. Listen to CD one more time instructing students to focus on tempo and stylistic elements. In particular, students listen for articulation of the clarinet, steady beat, and a feeling of continuous motion of the marimba.

5. Play again trying to approximate the recording as closely as possible.

1. Watch the Guatemala segments of video (1st half). 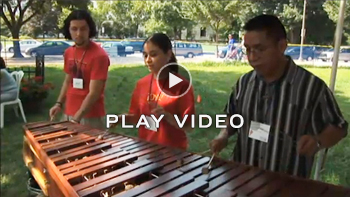 a. What does indigenous mean?

b. Why do you think that indigenous music is important to the people in Guatemala?

c. Why else is this music significant to the people of Guatemala?

d. How is the “City Style” different from the first example?

The music presented in this album is typical of rural Guatemala. Most of the inhabitants of this area are Indians of Mayan descent, but almost everywhere in the Guatemalan countryside one can also find Ladinos: persons, of whatever descent, who speak Spanish in their homes and have adopted the Ladino way of life, which is mostly Spanish. It is not completely Spanish, however, because both the cultures of rural Guatemala are the result of the confrontation over several centuries of two very different civilizations, the indigenous Mayan, and the Western, introduced by the Spanish in the 16th century. Both cultures have borrowed traits from the other, and this is nowhere more evident than in their music, which is a mixture of European, Indian, and perhaps also African elements...
Jacques Jangoux 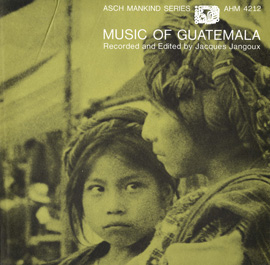