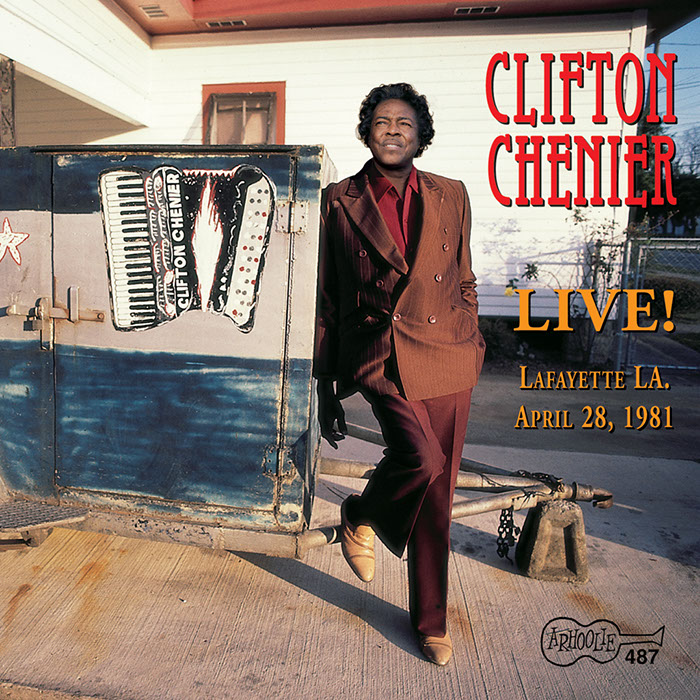 View Cart Digital Download $9.99
View Cart CD $14.98
On April 28, 1981, Clifton Chenier and his Red Hot Louisiana Band played at the Grant Street Dance Club in his hometown of Lafayette, Louisiana. He had rehearsed his band and arranged and paid for the show to be recorded. The result is one of his best “live” recordings ever. The show was a family event, with his older brother Cleveland on rubboard and his son C.J. on alto saxophone. Chenier performed an energetic mix of dance numbers with songs sung in French and English.