Summary
The Paraguayan harp is a cultural emblem that represents not only the nation of Paraguay and its traditional music, but also the ideals that contribute to a collective notion of paraguayidad (i.e. “Paraguayness”). The Paraguayan diatonic harp serves as a melodic, harmonic, and rhythmic instrument. Its primary function is to provide harmonic and rhythmic foundation to conjunto music—music of a variety of instruments. At the heart of Paraguayan harp repertoire are polcas paraguayas, guaranias and polca galopas — all genres within the body of musical expressions in Paraguay. This lesson is divided in three segments that describe three colorful styles of Paraguayan music: the polca galopa, the guarani and the polca paraguaya. 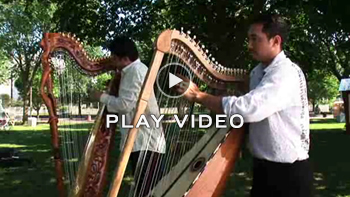 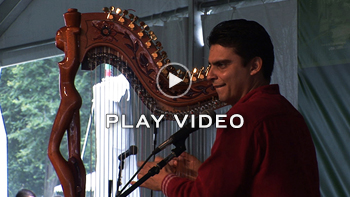 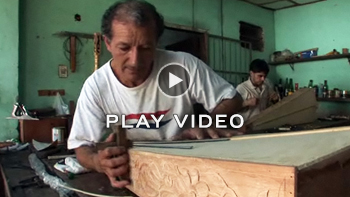 Lesson Segment 1: Paraguay and the Harp 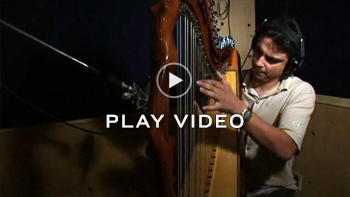 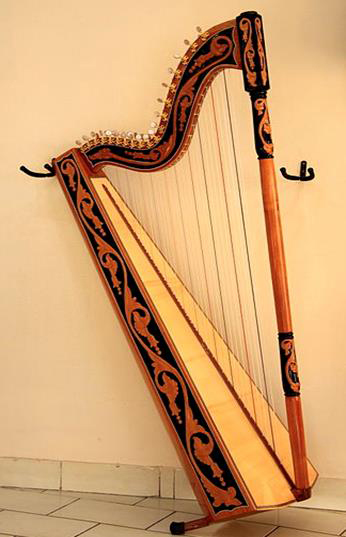 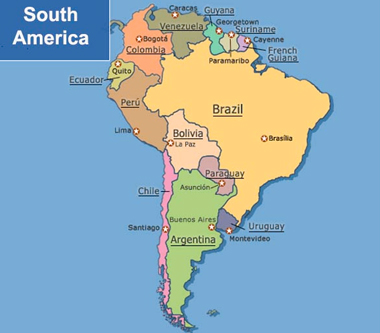 Paraguay is officially known as the Republic of Paraguay (Spanish: República del Paraguay). It is one of two landlocked countries in South America; the other is Bolivia. As of 2009, the population of Paraguay was estimated at 6.3 million. The capital and largest city is Asunción. The official languages of Paraguay are Spanish and Guaraní, both being widely spoken throughout the country, with around 92% of the general population speaking Spanish and 98% speaking Guaraní. The overall climate ranges from subtropical to temperate, and like most lands in the region, Paraguay has only a wet and dry season, not four seasons like most of the United States.

Show the different regions in Paraguay, and note the locations of rivers and cities. 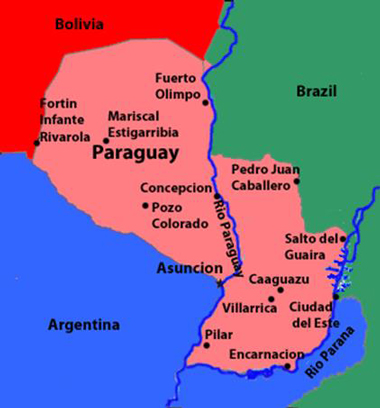 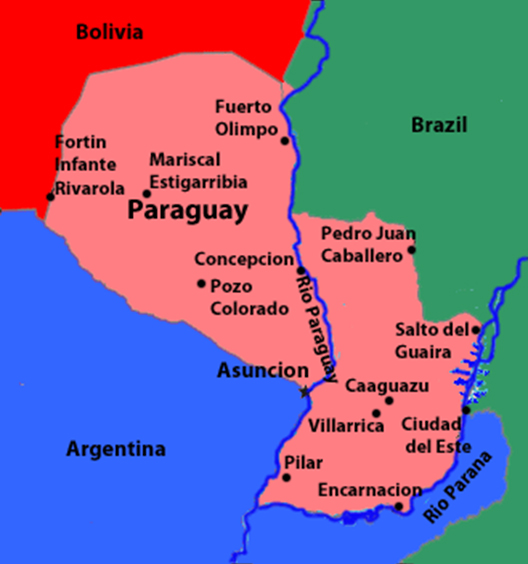 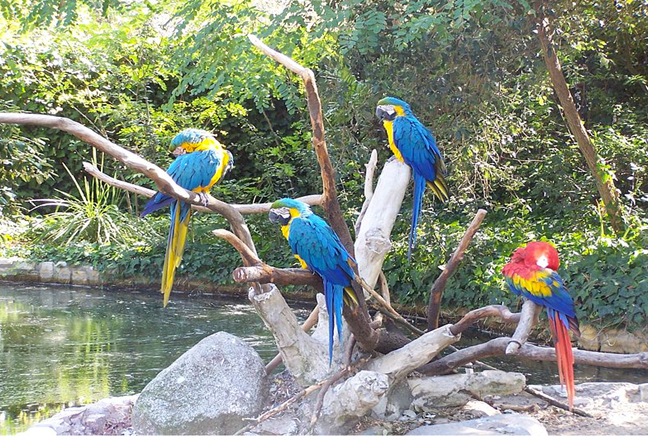 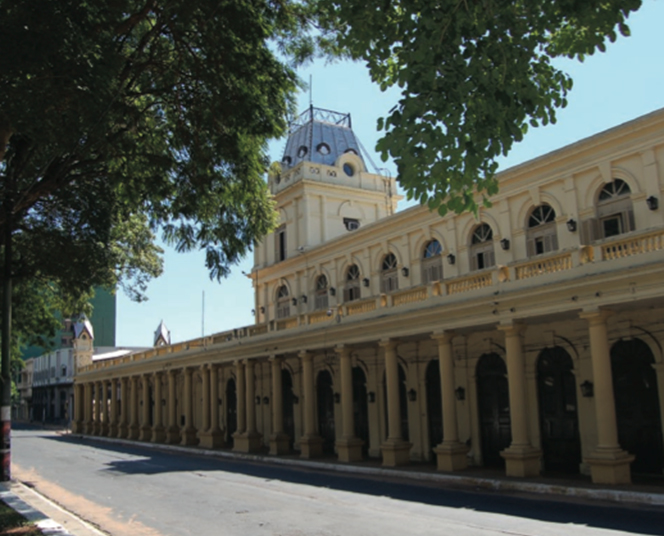 Paraguayan harps are local adaptations of the instruments brought from Europe by Jesuit missionaries during the 17th and 18th centuries. The earliest references to the presence of the harp in Paraguay dates back to the 16th century, to a Spaniard named Sebastian Gaboto. The diatonic harp was utilized to accompany liturgical singing in Jesuit missions. Music became a tool for evangelizing the indigenous peoples.

After the expulsion of the Jesuits from Paraguay in the 18th century, some mission Indians kept their learned professions and assembled in towns, contributing to the colonial “mestizaje” (cultural and biological mixing). From the last quarter of the 19th century, a period of rebuilding during the Triple Alliance War (1865-1870), through the middle of the 20th century, the Guairá area produced many artists, intellectuals, luthiers, and musicians, such as performer and composer Félix Pérez Cardozo (1908-1952). Epifanio López (1912-2001) was a highly regarded luthier who established the first guitar and harp workshop in Asunción. Typically, these musicians, composers, and instrument-makers acquired and passed on their knowledge and skills through oral tradition. 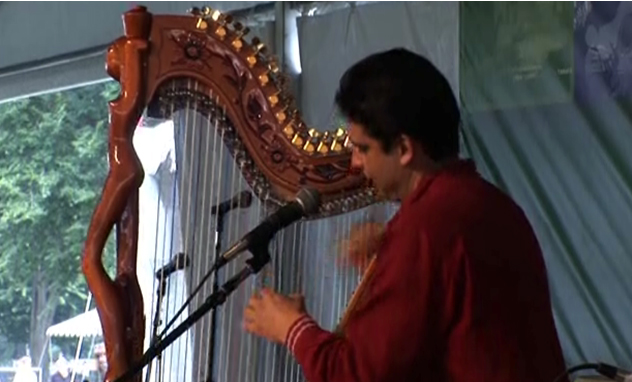 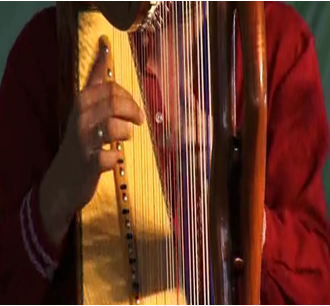 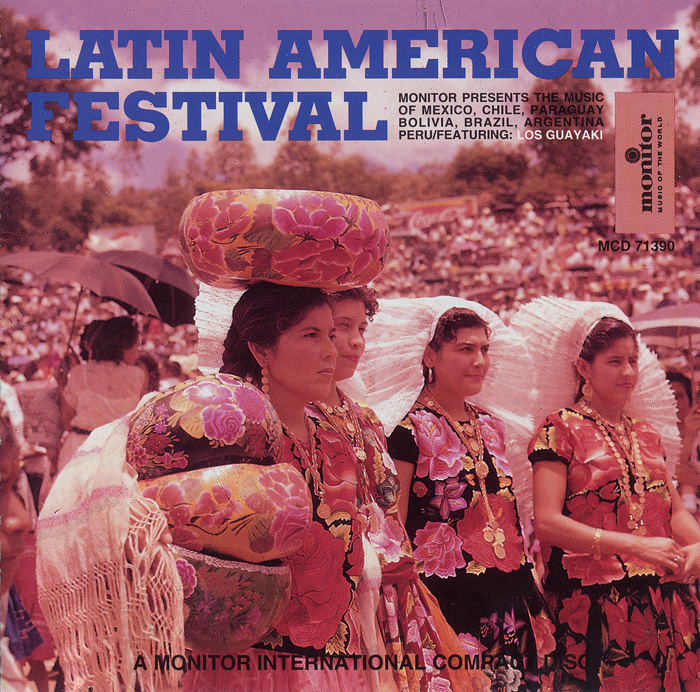 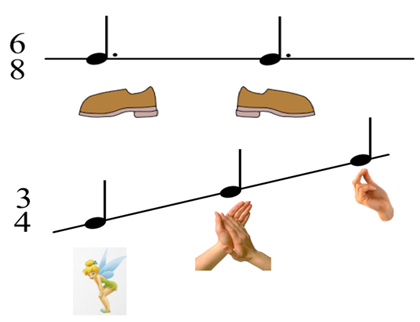 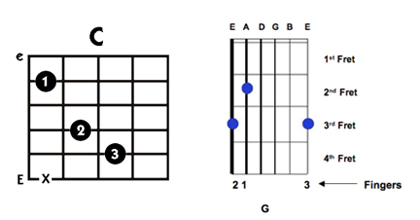 Chord sequence: strum each chord on each beat. 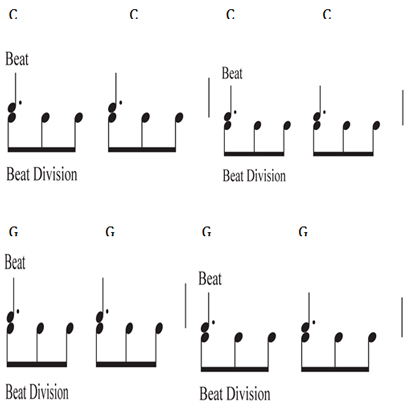 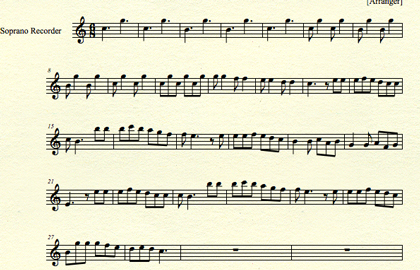 Assessment: Students will be able to (1) describe the arpa; (2) recognize polca style as played by the Paraguayan arpa; (3) keep the changing 3/4 and 6/8 beats of a sesquialitera; and (4) play a polca on classroom instruments. 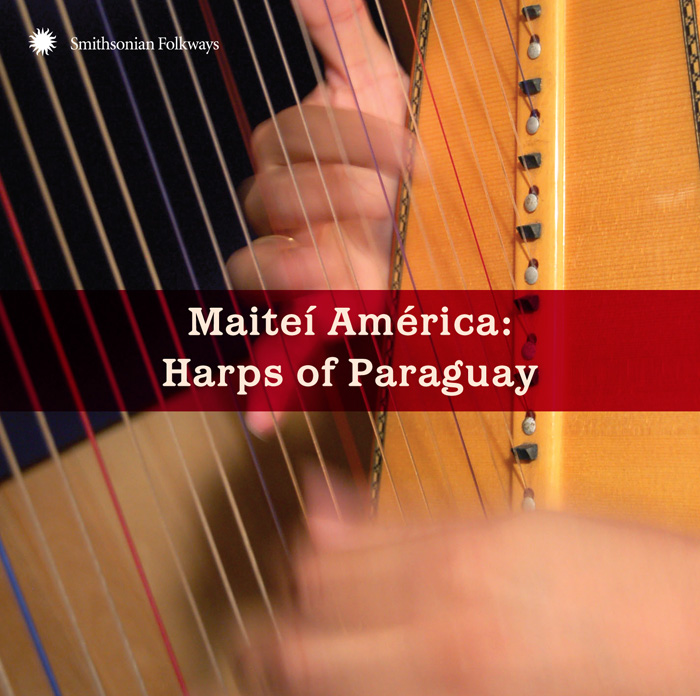 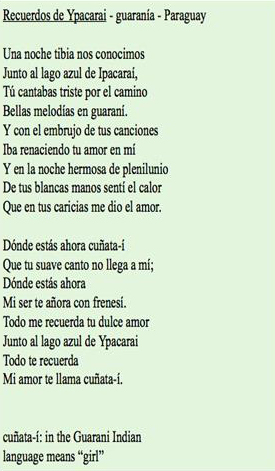 A warm night we met
Next to the lake Blue Ypacaraí
You were singing sad about the way
Old tunes in Guarani.

And the spell of your songs
Was born and your love on me
And in the beautiful full moon night
In your white hands I felt the heat
That with his touch gave me love.

Assessment: Students will be to (1) differentiate a “Guarania” from a  “Polca” by identifying their musical characteristics and (2) sing a “Guarania”.

Assessment: Students will be able to demonstrate 6/8 against a 3/4 with body percussion. 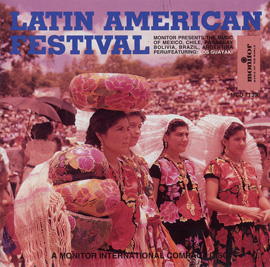 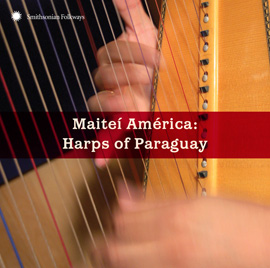