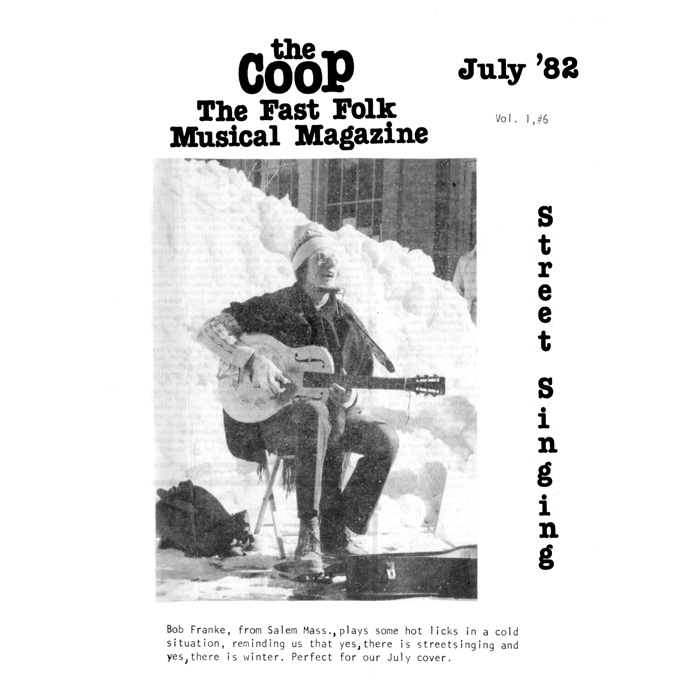 This is the sixth in the long-running (1982–1997) series of recordings issued by Fast Folk Musical Magazine. Perhaps the best known New York City street performer on the album is Josh White Jr., who sings the traditional “Delia’s Gone.” Other performances of note are Martha Wilcox singing ”I Don’t Want Love (The Food Song),” “Don’t Let Me Walk Away” by Rae Monroe, “High Times” by Tom Intondi, and “The City Blues” by Jeff Gold. This 12-song collection includes a 32-page issue of the CooP magazine.