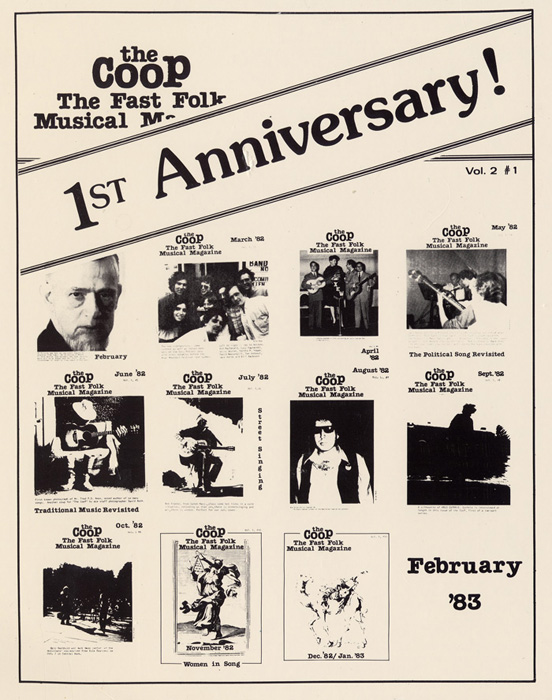 Fast Folk Musical Magazine began its second year with a first anniversary celebration of song. This collection of 12 tracks features new songs by veteran folk singer Tom Paxton ("Little Bitty Gun"), emerging singer-songwriter Suzanne Vega ("The Queen and the Soldier"), and singer and The CooP editor Jack Hardy performing his protest song "Porto Limon." Also on this collection is Tom Russell singing his composition "St Olav’s Gate," which was later popularized by Nanci Griffith, and "Say It Ain't So Sam" by Left Field―as politically relevant today as it was in 1983. Songs of love gone wrong ("A Year Ago" by Janet Macklin and "Careless Hearts" by Ray Lambiase) are also featured. A 24-page edition of The CooP is included with this recording.