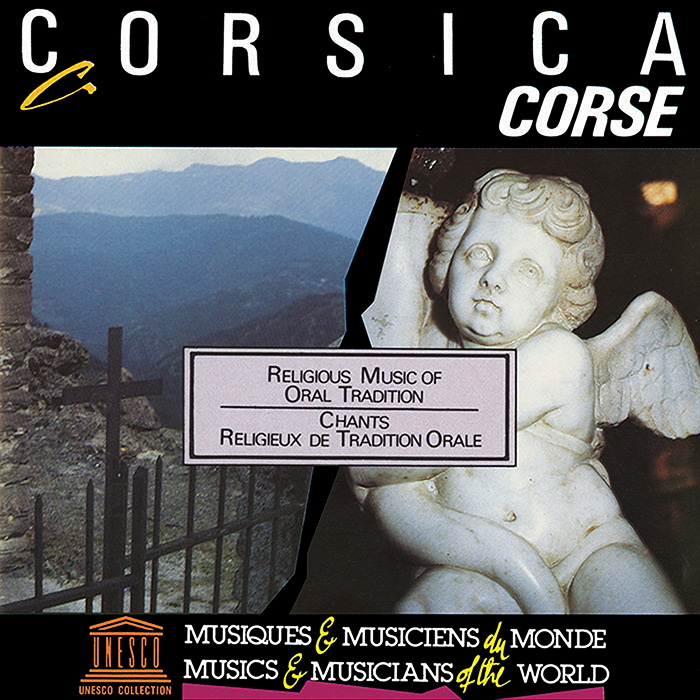 View Cart Custom CD $16.98
View Cart Digital Download $9.99
Recorded in 1977 in the remote Corsican village of Rusiu (or Rusio), the music featured on this album is performed in a style of medieval folk polyphony that has been adapted to the modern world. The paghiella singers—typically three, a lead tenor, a second tenor, and a bass—form a close team whose repertoire has been passed on to them over centuries through oral tradition.

Following a Mass Dedicated to the Blessed Virgin Mary and a Requiem Mass, the final track on the album, “Dio vi salvi Regina,” is one of the most popular songs in Corsica. Believed to be composed in the 18th century, it was performed in 1735 when Corsica was dedicated to the Virgin Mary and is considered a national song.