The Creole Belles with Andrew Carrière 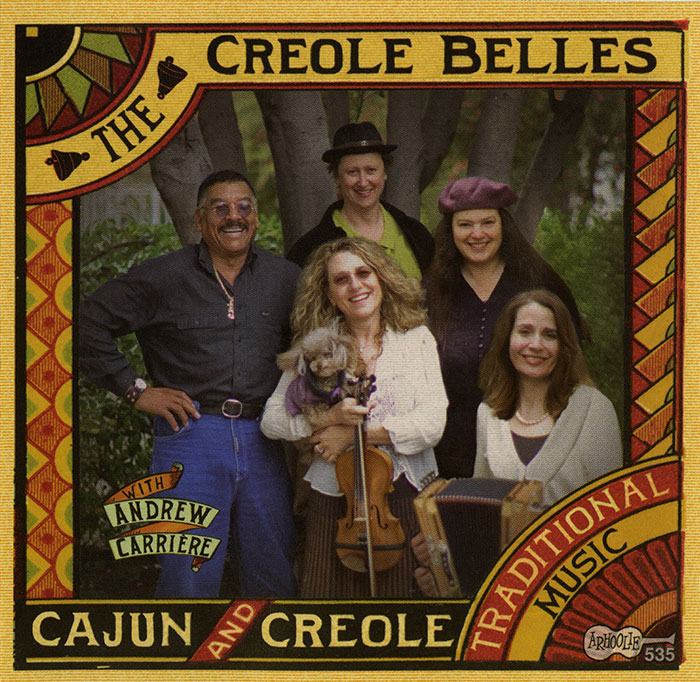 The Creole Belles is a California-based quartet of female musicians who celebrate the music of southwest Louisiana. Their repertoire is composed of traditional Cajun, Creole, and zydeco songs, many of which they learned directly from the Cajun and Creole composers/musicians. On this recording, the Belles add Louisiana native and zydeco accordionist/singer Andrew Carrière to the mix. The end result, according to Michael Doucet, is “…fun, funky and earthy sounding…I dig it!” - Creole Belles web site