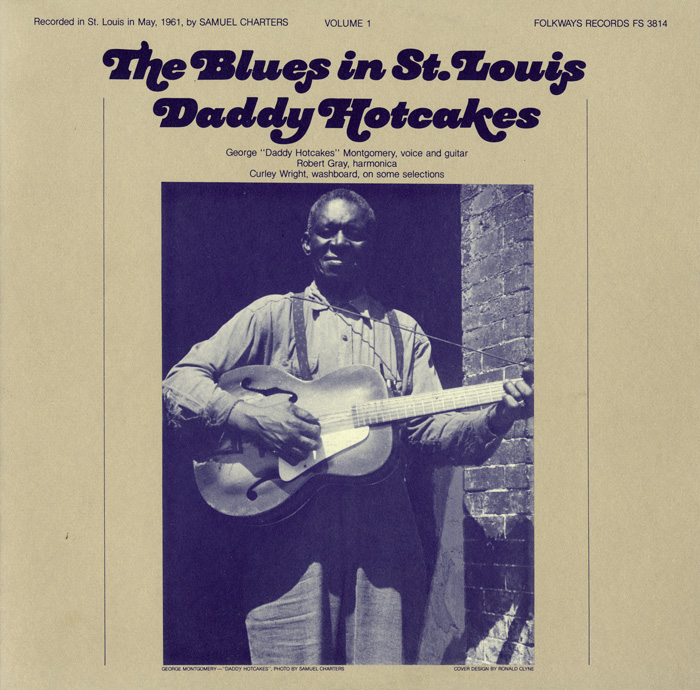 View Cart Custom CD $16.98
View Cart Digital Download $9.99
When George “Daddy Hotcakes” Montgomery sings “Mustard Greens,” his rich, rugged voice shifts from a call-and-response conversation about eating cornbread and mustard greens to lyrics about growing up in the country. The impulse of the moment is what drives him. Samuel Charters, who recorded Daddy Hotcakes in 1961, continues to marvel at Hotcakes’ ingenuity twenty years later: “I never have recorded anyone who was quite like him.... Using his imagination and a store of blues phrases to help him through occasional hesitations he simply made up the songs as he went along…. I never could be sure what was coming next.” Hotcakes developed his style wandering across the South and taking on various performing jobs on the road. He settled in St. Louis in the 1940s, where he continued performing on the streets and entertaining people in St. Louis streetcars. This compilation explores Daddy Hotcakes’ creativity and imagination, key ingredients for the St. Louis blues.