Ralph Waldo Emerson: A Selection from the Essays, the Poetry and the Journals 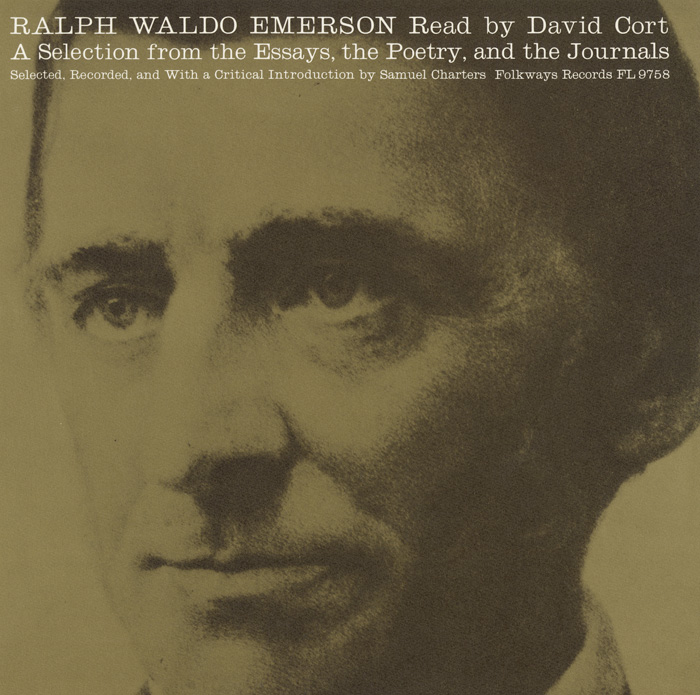 Royal Academy of Dramatic Arts–trained actor David Cort reads selected writings by transcendentalist Ralph Waldo Emerson. The chosen selections capture Emerson’s views on beauty, love, poetry, art, his literary contemporaries, and more. In an essay in the liner notes, album producer Samuel Charters identifies Emerson’s concern with expression as a key element in all of his work. “He wrote extensively, his essays, travel sketches, and poetry filling numerous volumes, but his concern was almost entirely with expression, rather than art.” Emerson’s emphasis on the expression of ideas no matter the form of delivery is apparent in Charter’s selections. The liner notes include a biographical sketch of Emerson, a short essay by Charters, and a transcript of the recording.