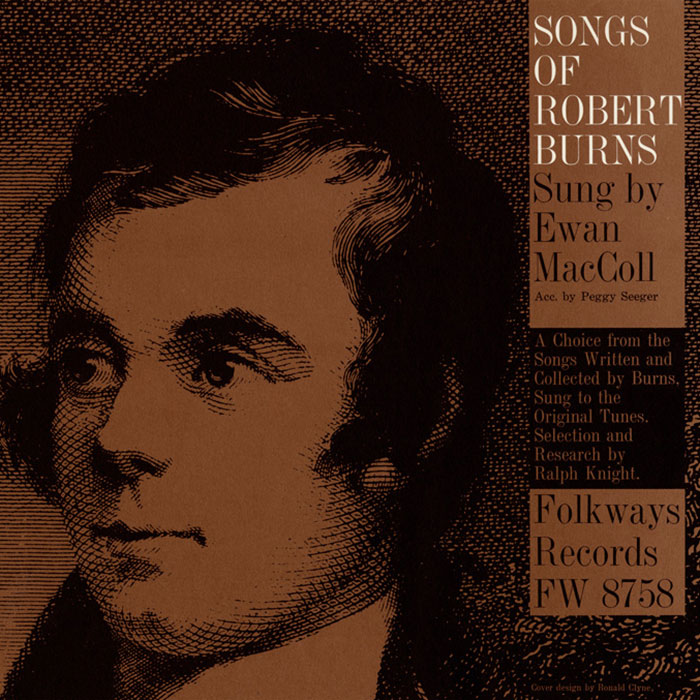 Robert Burns (1759–1796) is generally considered the national poet of Scotland, not only for his poems but for his songs. He avidly collected traditional melodies and composed lyrics to them if these did not exist; if they did exist, he passionately fought to preserve them in their original Scots form rather than Anglicize them. In this album, Ewan MacColl, one of the leaders of the British folk revival, presents a faithful and engaging interpretation of Burns’ great work.

Liner notes include an appreciation of Burns as a songwriter and lyrics, with explanations of some of the unfamiliar words and phrases.