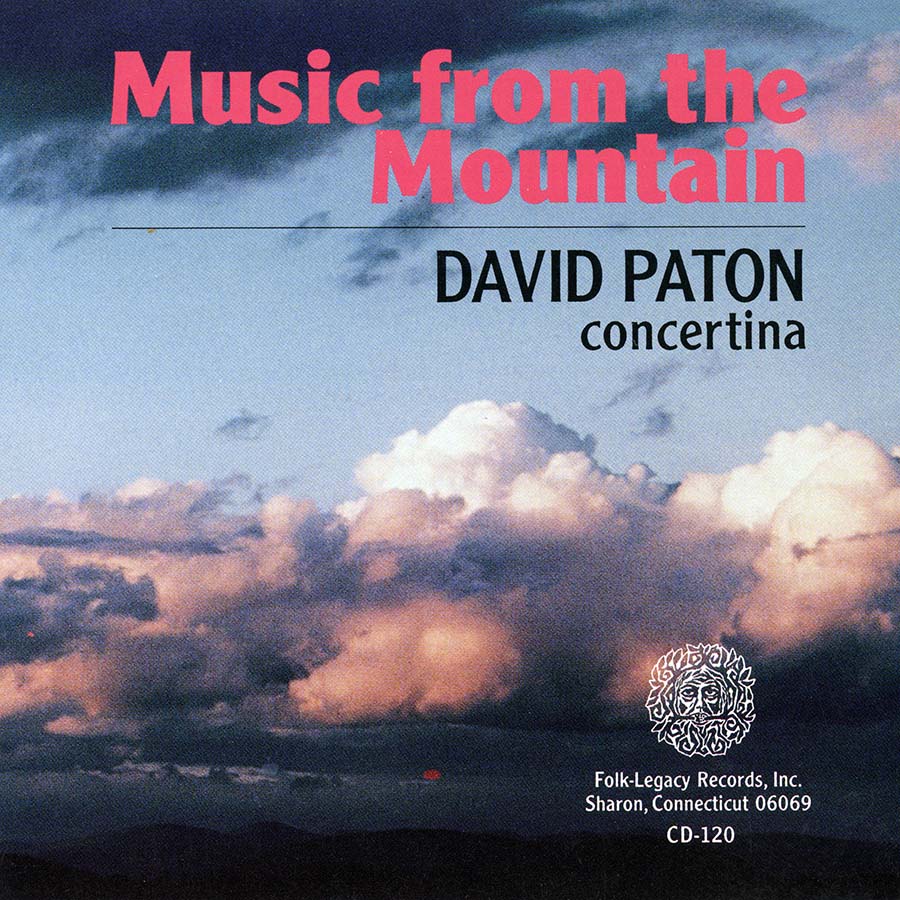 Music from the Mountain is the first solo release from David Paton, concertina virtuoso and son of Folk-Legacy Records founders Sandy and Caroline Paton. A free-reed instrument with similarities to an accordion, the concertina was largely a parlor instrument with a classical and dance repertoire most popular in the mid-19th century. Its use steadily declined with time until it found a modest resurgence beginning in the folk revival of the 1960s. Featured on this release are a variety of styles—Irish jigs, Breton dances, and even music of Scandinavian origin—all masterfully interpreted by Paton. Paton accompanies himself at times with hammered dulcimer and is joined by other musicians on a variety of instruments, bringing out the richest qualities of the English concertina as a melody leader.