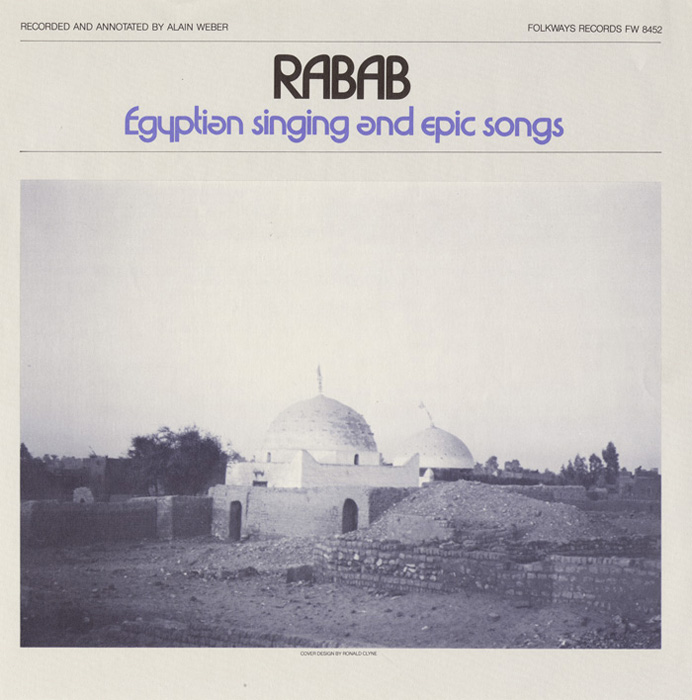 View Cart Custom CD $16.98
View Cart Digital Download $9.99
The 1982 album Rabab: Egyptian Singing and Epic Songs highlights the rababa, a two-stringed spike fiddle made from a coconut shell that is used to accompany the lead singers (rais) of vocal ensembles and epic poets (shaer). Nadi Osman, one of the performers featured on the album, assumes both roles here.


The other featured artist, Hamdi Metkal Kanawi, learned to play the rababa from his father, a master musician. He accompanies his mother in a maoual, or narrative melody, and shares an instrumental work intended to accompany a dance that represents a sword duel. Liner notes include song lyrics in both Arabic and English.