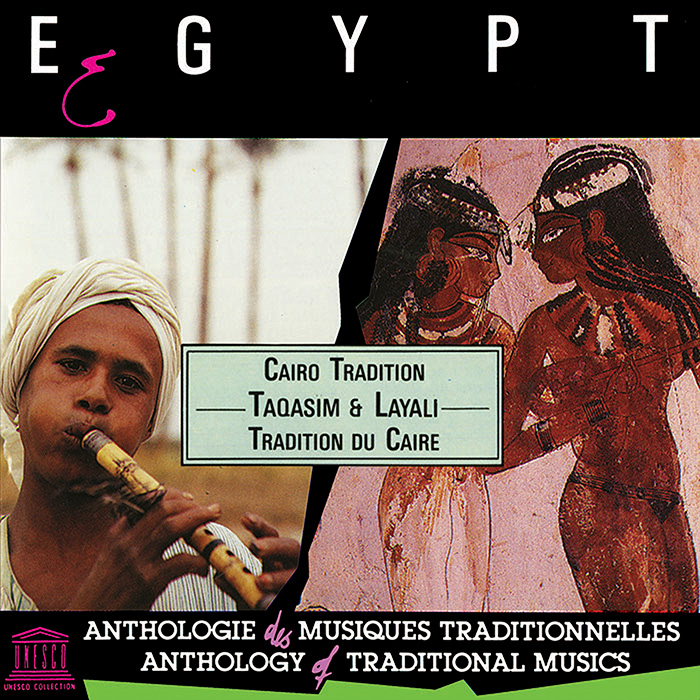 The foundation of classical Arabic music are the maqâm, any one of various modal forms based on a great variety of scales, and the taqsim, a melodic, instrumental improvisation that “may serve as a musical introduction for a … maqâm, before a song begins, or … as a musical break during the middle of a song” (Scott Marcus, Music in Egypt: Experiencing Music, Expressing Culture). In vocal music, such improvisation is called layālī. Among the tracks presented here are two extended performances of taqâsim and layālī in the same mode, selected to provide listeners an opportunity to compare the instrumental and vocal styles of improvisation.

The principal instruments employed in Egypt are the zither-like qanun, the oud, or lute (the word “lute” comes from the Arabic “al- 'ud”), and the nay, a vertical flute without a mouthpiece. All of them may be heard here. Liner notes in English and French accompany the recording.