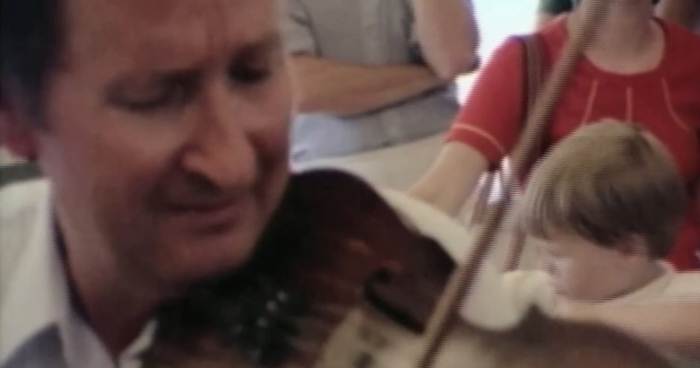 Cajun music evolved in Louisiana from the 18th and 19th century blends of French, Spanish, Celtic, Native American, and African origins. Despite its long history and popularity, by the 1950s Cajun music, as well as Cajun culture in general, was in serious decline. In the post-WWII era, Americans were urged to discard regional cultures for a more modern, albeit homogenized, national one. Many Cajuns were embarrassed by the regional French they spoke and the "old-fashioned" music still being played in their communities. Dewey Balfa, a musician responsible for the reinvigoration of Cajun music in the 1960s, plays a Cajun fiddle tune and speaks to the importance of regional culture. More about Dewey Balfa