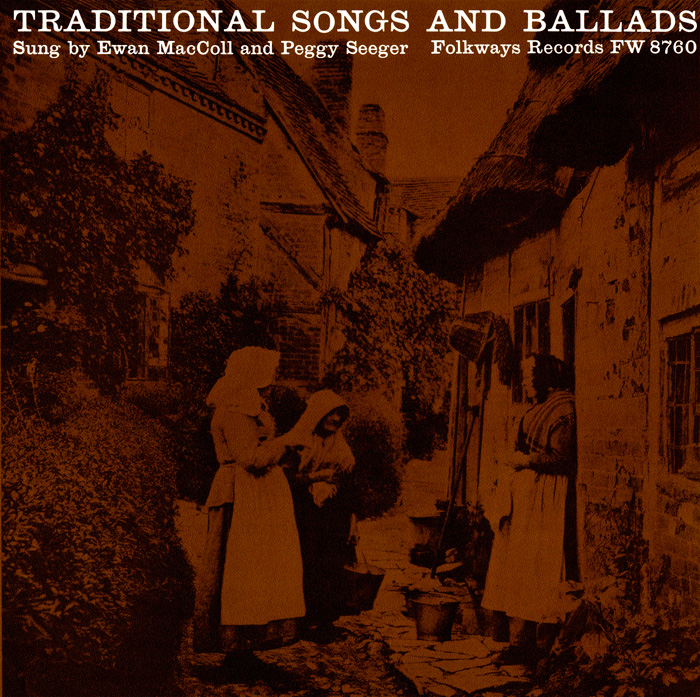 Released in 1964, Traditional Songs and Ballads is just one of the many joint recordings made by Ewan MacColl and Peggy Seeger. Both grew up in musical families (Peggy is half—sister to famed folk musician Pete Seeger), and they became two of the most influential figures of the British folk song revival of the 1960s. Together, they traveled the world performing and promoting folk music, emphasizing and maintaining its connection to grassroots activism. Traditional Songs and Ballads features music from the British Isles, including two ballads originally collected by the noted folklorist Francis James Child. Liner notes include historical information about the songs as well as lyrics and glossaries.