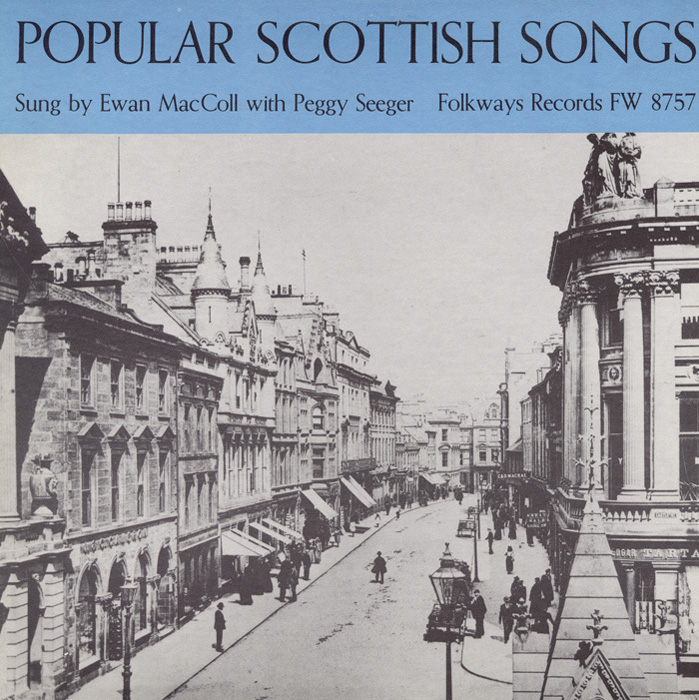 View Cart Custom CD $16.98
View Cart Digital Download $9.99
The preeminent traditional Scottish folksinger Ewan MacColl teamed with Peggy Seeger, the half-sister of iconic folksinger Pete Seeger and a well-known performer in her own right, on a total of 13 Folkways records. On this recording of Scottish folk songs—the word “popular” in the album title should not be confused with “pop”—are to be found a mix of ancient ballads, love songs, songs of the “bothies” (the sheds that hired farm workers lived in), and others. The liner notes provide background information about each song, as well as the lyrics. And to help the non-Scottish listener with the thick Scottish dialect, a glossary is included.