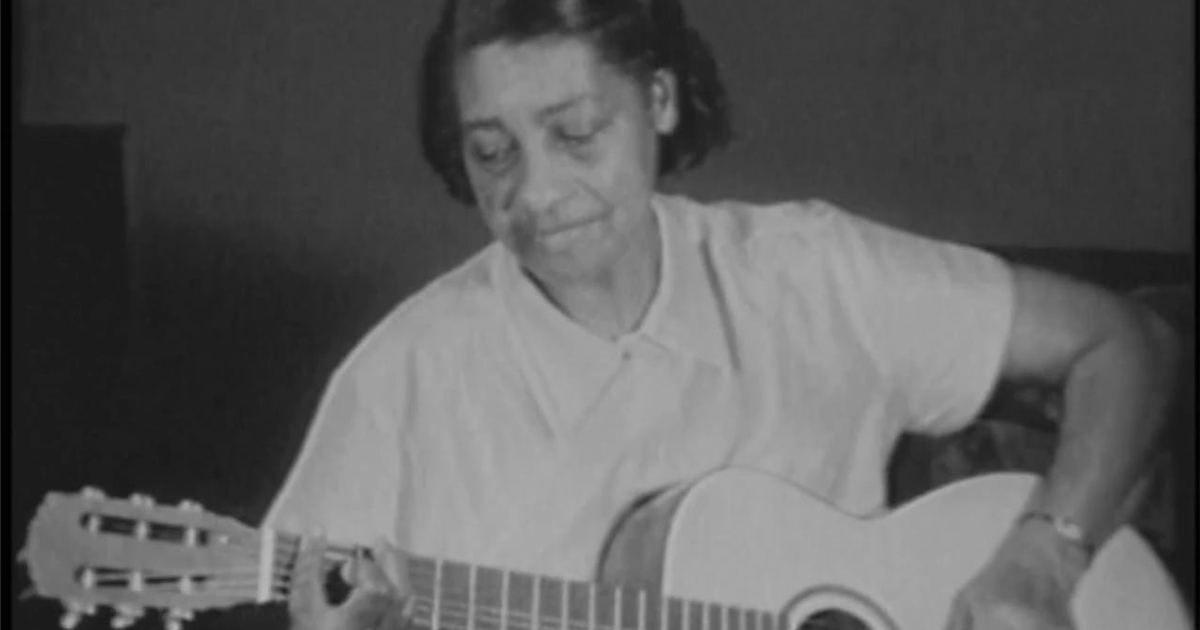 Elizabeth "Libba" Cotten (1895-1987) built her musical legacy on a firm foundation of late 19th- and early 20th-century African-American instrumental traditions and fine musicianship. She strung her guitar upside down, the bass notes to the bottom. This meant she would thumb the treble strings while finger-picking the bass notes, creating an almost inimitable sound. Her method was so influential it became known as the "Cotten style." Watch this unique style in a performance of "Freight Train," her best-known song, edited from film taken by Pete and Toshi Seeger at the Seeger family home in 1957. More about Elizabeth Cotten