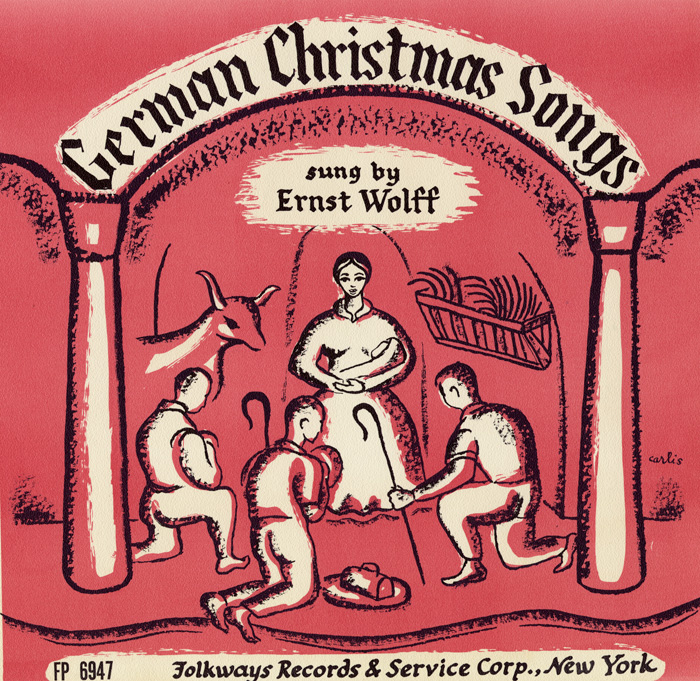 View Cart Custom CD $16.98
View Cart Digital Download $9.99
Ernst Wolff (1905–1991), a classically trained singer of opera and German lied (art song), settled in America in 1937 after fleeing to England from Germany in 1933. In this recording, Wolff accompanies himself on the piano and sings a variety of German Christmas songs, including what may be the best-known of all Christmas songs in any language: “Silent Night” (“Stille Nacht, Heilige Nacht”). At least three of the songs date from the 1500s, including the well-known “Es Ist Ein' Ros' Entsprungen.” Wolff recorded five albums for Folkways Records between 1956 and 1961. Liner notes include a brief biography and the complete German lyrics for each song.