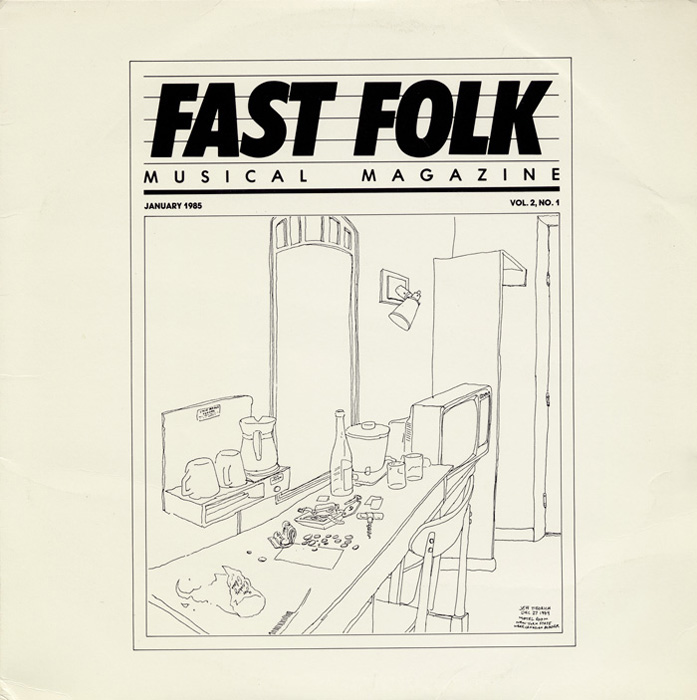 These 13 folk songs were recorded in a single afternoon at the SpeakEasy in New York City in 1985. Song moods range from the melancholy (“Down in the Milltown” by John Gorka and friends) to the whimsical (“Temporary Song” by Julie Gold). Also contributing performances on this collection are Christine Lavin (“Summer Weddings”), Dave Massengill (“Wake Up”), and a duet by Lucy Kaplansky and Shawn Colvin singing Landon Wainwright III’s “Out of this World.” A 16—page facsimile of the Fast Folk Musical Magazine is included in the liner notes.