Hear Me Howling: Blues, Ballads, & Beyond 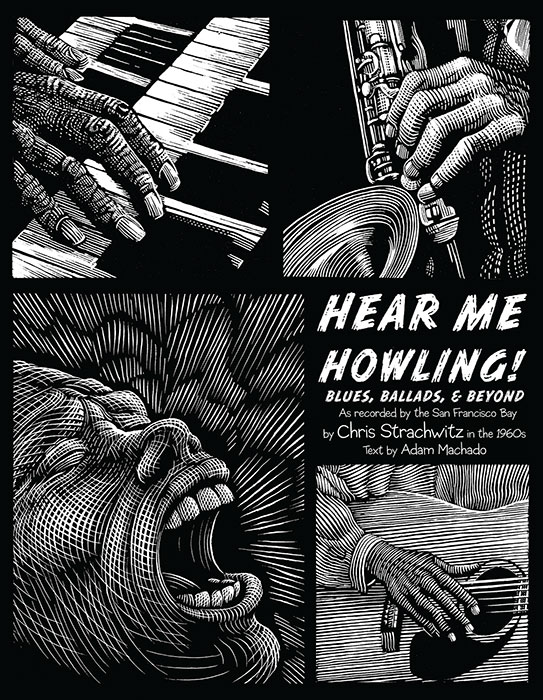 Founder of Arhoolie Records Chris Strachwitz recorded music wherever he found it: in coffee houses, music clubs, living rooms, festival stages, and recording studios. To celebrate Arhoolie’s 50th anniversary, Strachwitz released a box set of recordings he made during his early years in the record business. Of the 72 tracks of music in the set, spread over 4 CDs, over half (38) had previously been unreleased by Arhoolie.

The music is a true representation of Strachwitz’s eclectic musical interests and span the spectrum from raw country blues and folk to gospel and free-form jazz. This anniversary collection includes versions of “Ball and Chain” and “Hound Dog” by Big Mama Thornton, “Tom Moore’s Farm” by Lightnin’ Hopkins, “I Feel Like I’m Fixin’ to Die Rag” by Country Joe McDonald and the Fish, “Shake ʼEm On Down” by Mississippi Fred McDowell, “Deportee” by Barbara Dane, “Highway 49” by Big Joe Williams, and “Changed the Lock on My Door” by Mance Lipscomb, Lonnie Johnson, Brownie McGhee, and Sonny Terry.

The box set captures a time and provides a template that Arhoolie would follow for 50 years in presenting and preserving Americana roots music.