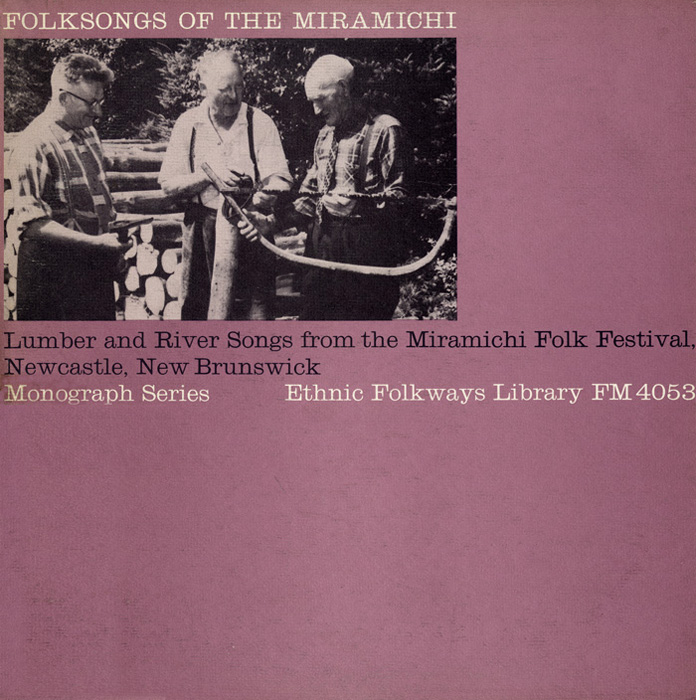 Although the Miramichi is a river, the name is used to describe an entire region of northeastern New Brunswick. Generations of settlers fished in its waters, felled its timber, and celebrated their heritage through music. The songs on this album, recorded during the 1959 Miramichi Folksong Festival, date from the 18th and 19th centuries and are performed in the traditional style, often by an unaccompanied solo performer. Nine of the 10 songs are in English, with “The Petit Moine” sung in French. The Folksong Festival, Canada’s oldest, continues to this day.

Liner notes include details of the Miramachi, song lyrics, and an introduction to each track by historian Louise Manny, the originator of the festival.