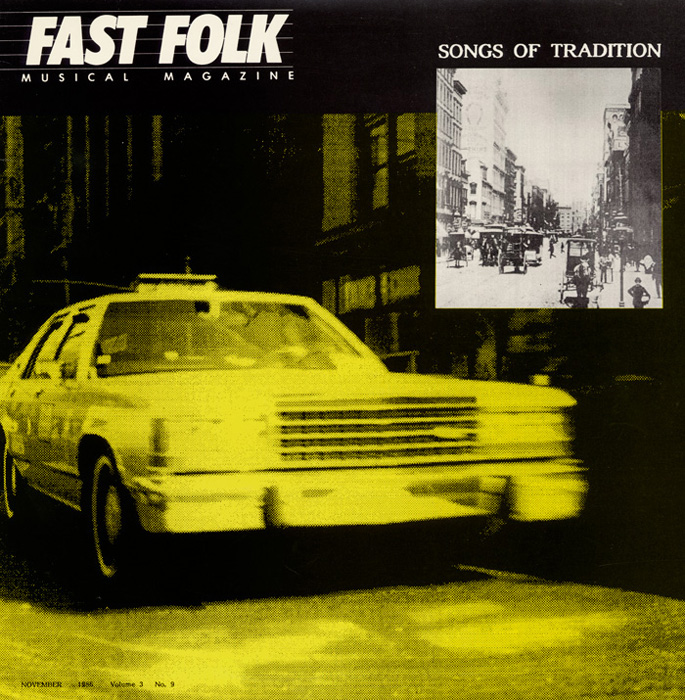 This 1986 edition of Fast Folk takes the listener on a musical world tour surveying several traditional genres specific to such countries as Italy, France and Ireland. The accompanying Fast Folk magazine (see liner notes) features several interesting articles written by the artists themselves that situates the musical pieces in their own traditions, such as "The Fiddlers of Cape Breton" (which refers to Rod Macdonald’s "Cape Breton Medley") or "Sex in English Traditional Folk Song" (which refers to Heather Wood’s "Pretty Polly").