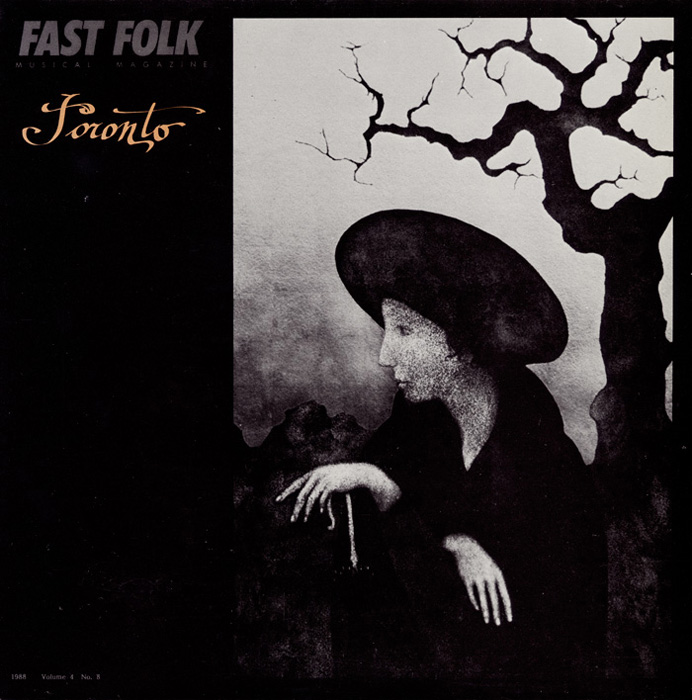 Fast Folk Musical Magazine was formed to serve as an outlet in the promotion of "noncommercial artistic music," also known as American folk music. In this edition, the magazine journeys to Toronto to spotlight Canadian folk musicians. The musical tour covers the Maritime Provinces (“The Ballad of the Springhill Mine Disaster”), Hudson Bay (“Isabella Gunn”), the Pacific coast (“North Vancouver Island Song”), a poem by William Butler Yeats set to music (“The Stolen Child”), a song about unemployment (“U.I.C.”), and a song featuring Highland pipes (“New Swing Reel”). The baker’s dozen of songs are performed before a live audience. A 24-page facsimile of the magazine accompanies the recording.