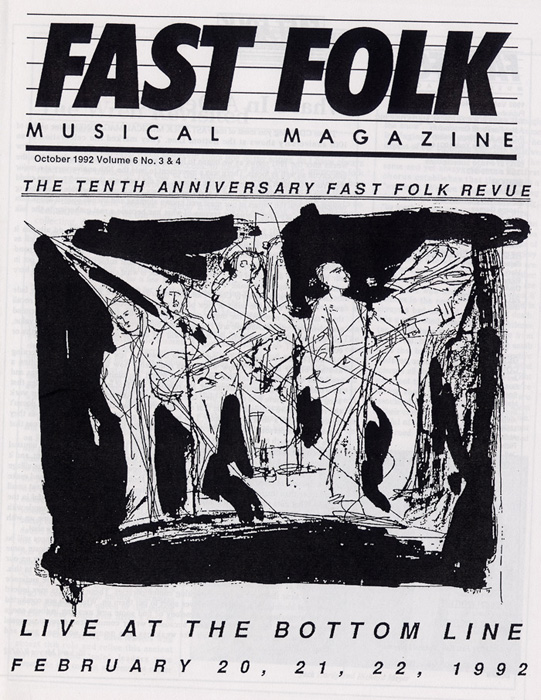 The tenth anniversary edition of Fast Folk Musical Magazine resulted in 2 CDs of music recorded at the Bottom Line in Greenwich Village. The CDs were released separately.

David Massengill opens this CD with an introduction and his song “The Code of Cowboy Kid.” Along the way Gabriel Yacoub sings “Les Choses les Plus Simples,” David Cantor sings about flexibility (“Flexible Man”), Nikki Matheson contributes “Mother’s Child,” and Christine Lavin leads the ensemble and audience in “A Folksinger Earns Every Dime.” Germana Pucci and ensemble close this set with “Future,” a story-song in Italian and English. A facsimile of the magazine is included.