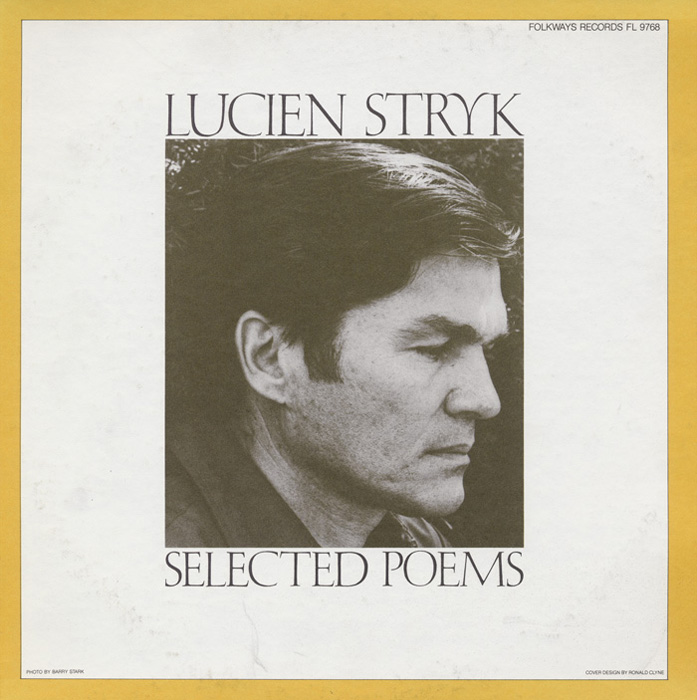 View Cart Custom CD $16.98
View Cart Digital Download $9.99
Lucien Stryk (1924–2013) was an English professor and a poet who also translated Buddhist literature and Zen poetry. His own poems in turn have been translated into Japanese, Chinese, French, Italian, Swedish, and Spanish. Influenced by Walt Whitman, Paul Éluard, and Basho, Stryk in this recording from 1983 reads poems from his book Collected Poems, 1958–1983. The poems are printed in the text. This is one of two recordings of poetry readings by Stryk; the other, of Zen poetry, is catalogue number FW09855 (Zen Poems: Read by Lucien Stryk).