Un Mojado Sin Licencia and Other Hits from the 1960s 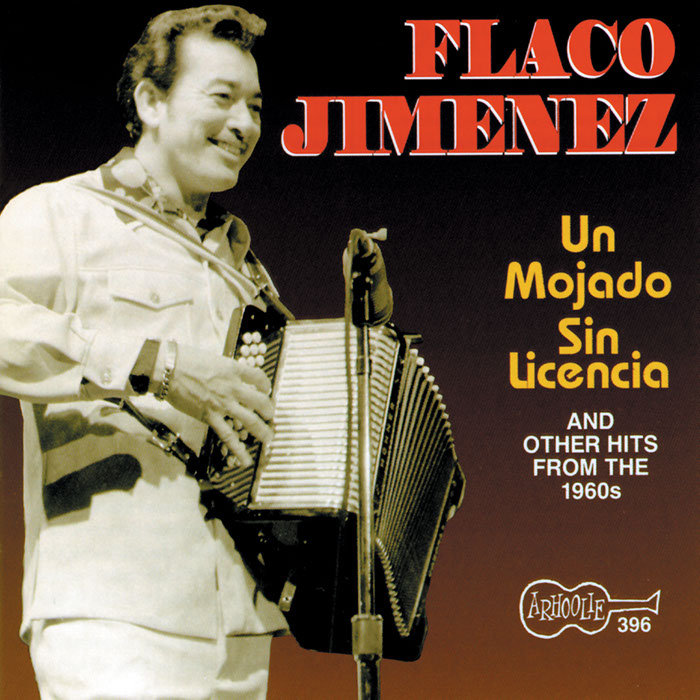 View Cart Digital Download $9.99
View Cart CD $14.98
Joe Nick Patoski, writing in Rolling Stone, called Flaco Jiménez “the Chuck Berry of the squeeze box.” Named a National Heritage Fellow in 2012, Flaco has been touring and recording since the 1950s, first with his father Santiago Jimenez and then with his own band. “Un Mojada Sin Licencia” (A Wetback Without a License) is a collection recorded between 1955 and 1967 for the Norteno/Sombrero label, in which Flaco plays polkas, boleros,
View Cart Digital Download $9.99
View Cart CD $14.98