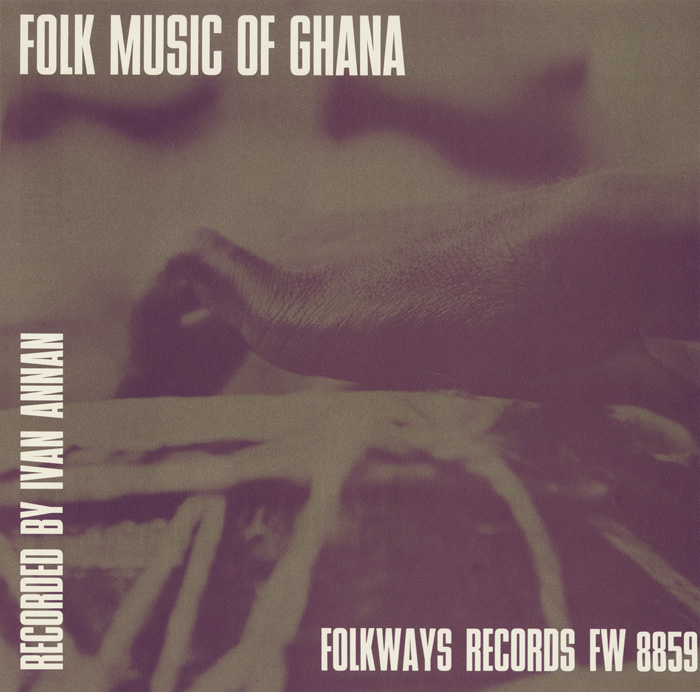 Recorded in 1964, Folk Music of Ghana includes music from West African tribes and religious groups such as the Akonodey and the Tigari. Polyrhythmic drumming and chanting are featured prominently in songs such as "Kumi’na Gyaemi" (Kill me or leave me), an oath-swearing initiation song for the Tigari religious cult of Ghana, as well as "Adaawe," in which women gather to sing about the day’s gossip. Liner notes include detailed notes for every track.