Songs of Love, Play and Protest 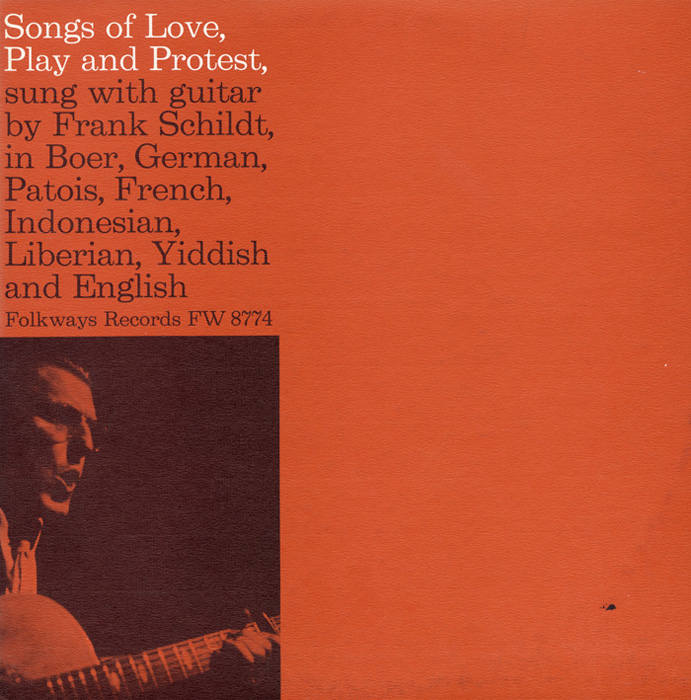 Frank Schildt (1916–1988), born in the Netherlands, was a self-taught singer-musician. After the end of World War II, Schildt traveled throughout Western Europe playing guitar and singing folk songs for a livelihood. In 1958, he performed in several folk music clubs in the United States, eventually marrying an American woman and staying. On this recording, he performs songs from many countries, from Indonesia to the French Caribbean islands of Martinique and Guadeloupe. To enhance the authenticity and mood of the songs, he sings the songs in their original language and varies his vocal delivery, from a soft, smooth bass for romantic love songs to a harsh gruffness when impersonating a defiant Englishman (Sam Hall) who is about to be hanged. Liner notes, written by Schildt, include a detailed autobiography, and background and translation of each song.