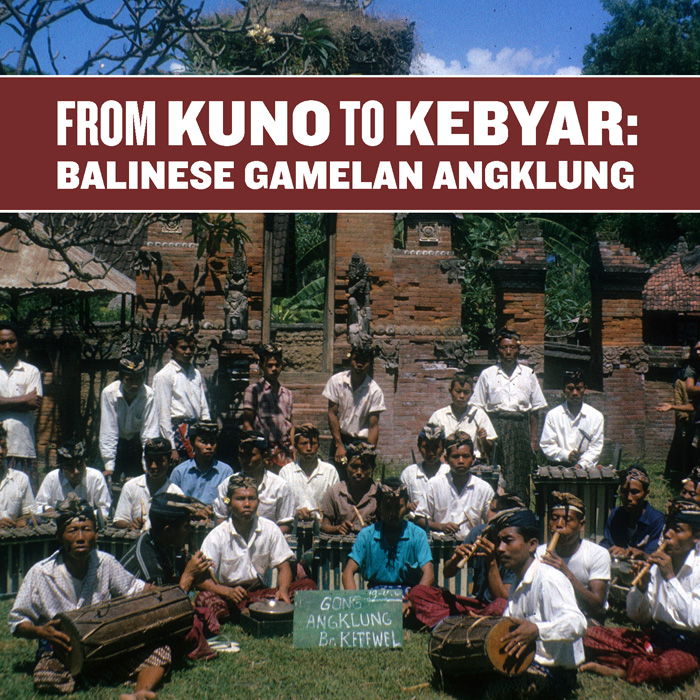 View Cart Custom CD $16.98
View Cart Digital Download $9.99
This album is the first devoted exclusively to gamelan angklung, the ancient and ubiquitous Balinese ensemble that plays in religious processions, at temple and cremation ceremonies and for dance theater performances. It presents music played by seven of the finest ensembles of the 1960s from north and south Bali. Recorded and annotated by Ruby Ornstein, these compositions range from kuno to kebyar—from traditional ceremonial music to angklung versions of virtuoso kebyar music. 73 minutes. Extensive notes, include photos and glossary.