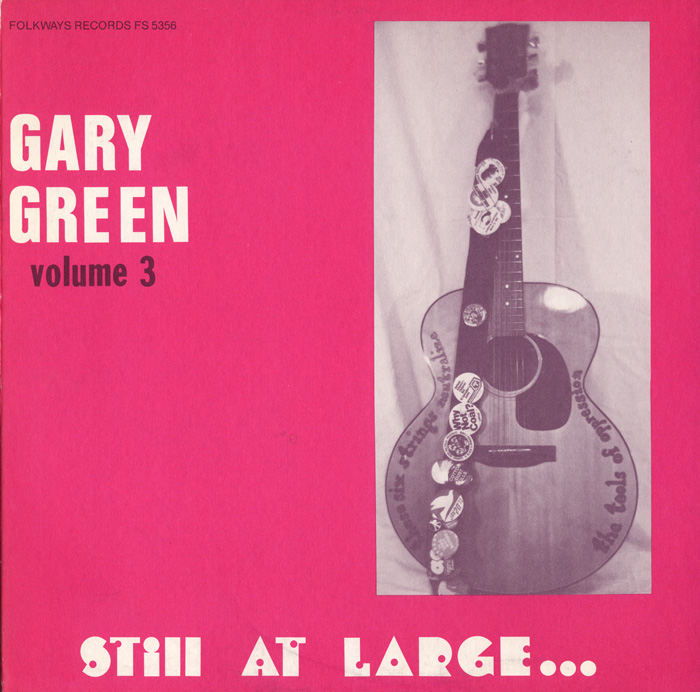 Folksinger-songwriter and self-described “adventurer,” Gary Green concludes his three-album series with Folkways Records. Released five years after his first album, this recording finds Green still railing against social and political injustice in America. His opening song, “Jesus Christ Was a Republican,” spoofs the Christian Right, who at the time of the album’s release was gaining political influence in an increasingly conservative America. Green closes with a poignant tribute to Mother Maybelle Carter, whom Green met following one of her concerts. He retells that brief story, then performs an instrumental rendition of one of The Carter Family’s best-known songs, “Wildwood Flower.” A biography of Green and the lyrics for all tracks are included in the liner notes.