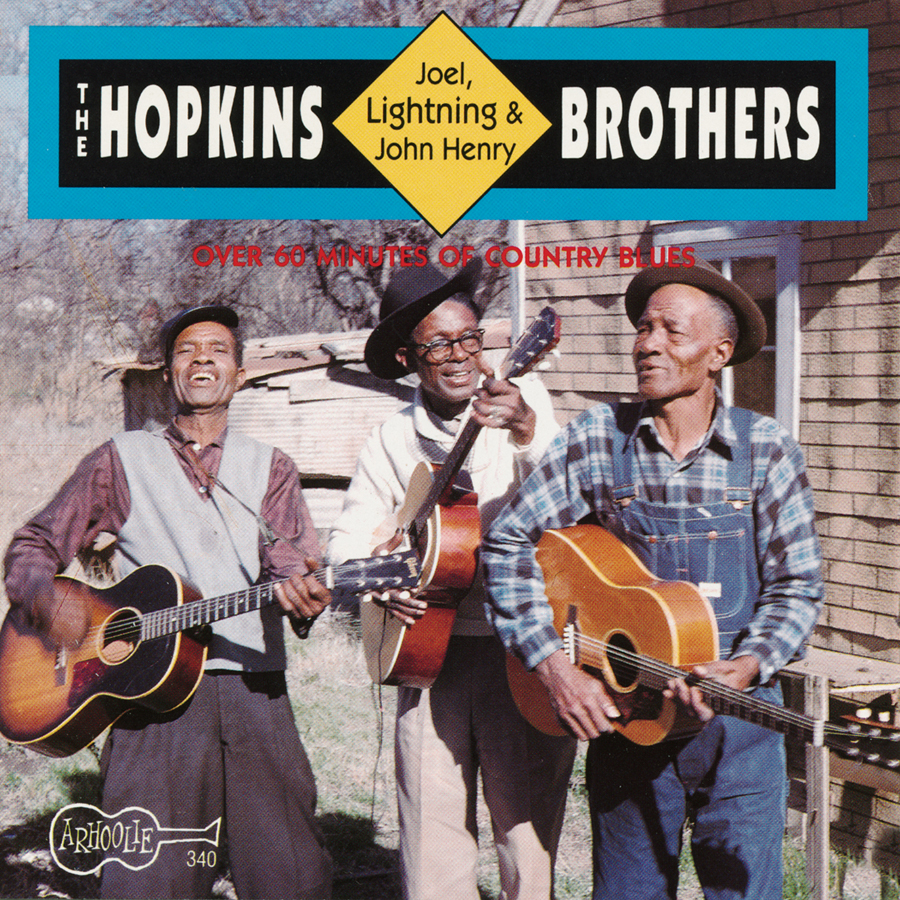 In 1964, Chris Strachwitz recorded a reunion of the three Hopkins brothers (John Henry, Joel, and Samuel “Lightin’” Hopkins) in Waxahachie, Texas. Joel and “Lightin’” had lost track of their older brother John Henry over the years before reuniting with him in a one room shack on the day of this recording. The brothers improvise each track as they sing songs and tell stories of family and women. The result is an album full of authentic, unaltered Texas country Blues. The liner notes tells of the reunion and subsequent recordings.