Puerto Rico: Its History: Pre-1493 to the Present 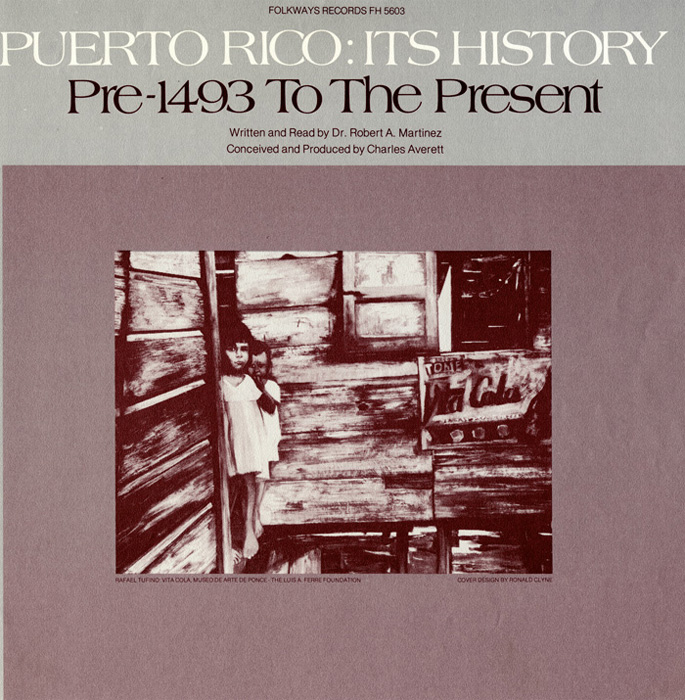 This 1978 spoken word recording was developed to expose listeners, particularly Puerto Ricans living in the mainland United States, to the rich history and culture of Puerto Rico. The narrative is written and spoken by Dr. Robert A. Martinez. He begins with a description of the island’s geography, then turns to its history—from the indigenous Tainos to Christopher Columbus’ arrival in 1493 to the present. Included are Puerto Rico’s colonization by the Spanish, its transfer to the United States in 1898, and the United States’ conferral of commonwealth status on the island in 1952. Puerto Rico remains a commonwealth of the United States. Dr. Martinez also devotes chapters to the economy and especially the independence movement. The last quarter of the recording focuses on the folklore, art, literature, and musical culture of the island. A written text of the narrative accompanies the recording.