Songs of the Holidays and Other Songs 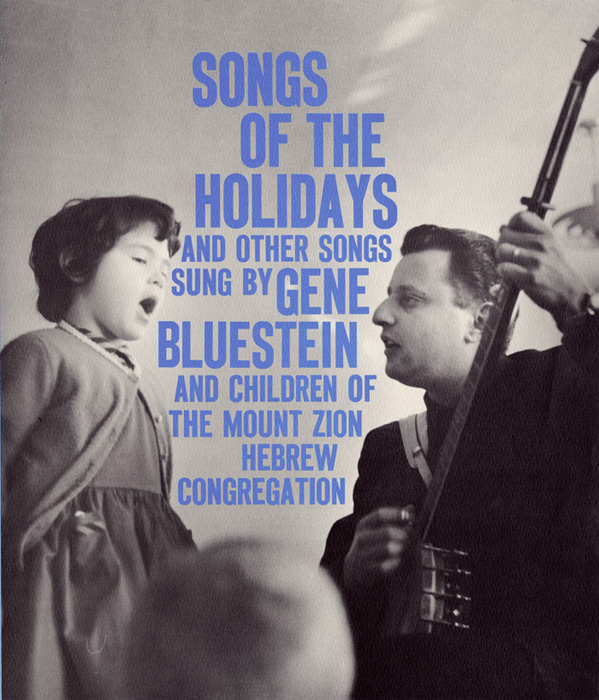 Sung by Gene Bluestein and the Children of Mount Zion Hebrew Congregation, this album presents a collection of Jewish songs for children which Bluestein says is "an attempt to satisfy a need which has long been felt in transmitting traditional material to children in Jewish schools." The liner notes include an essay by Alan D Bennett on the benefits of music in schools. He quotes the Talmud: "There is a Temple in heaven that is opened only through song." Bluestein adds that through music he hopes to bridge the gap between Jewish tradition and American culture: "[this album] attempts to relate many different traditions in Jewish culture to similar ones in American culture… "