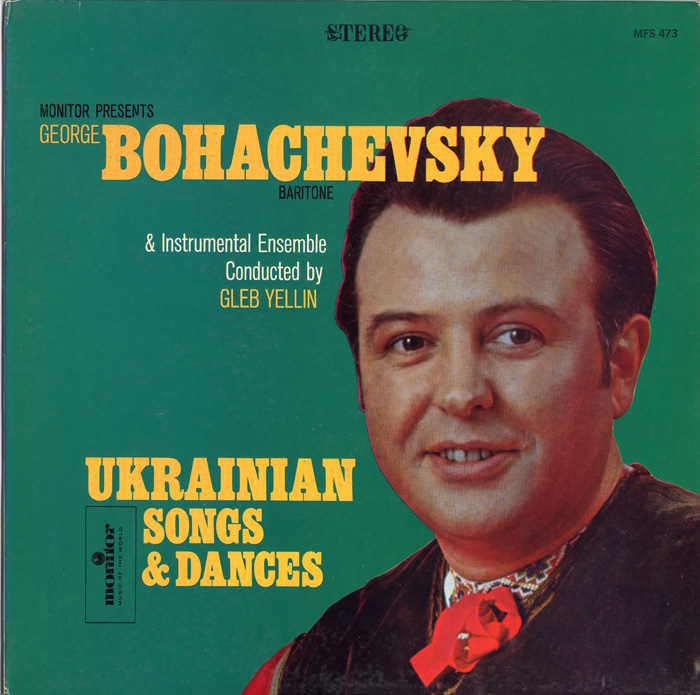 View Cart Custom CD $16.98
View Cart Digital Download $9.99
This album is a lively collection of Ukrainian folk song and dance numbers. The album features George Bohachevsky’s rich baritone on eight of the 12 selections. He is accompanied by an instrumental ensemble conducted by Gleb Yellin. Most of the music on this recording is traditional Ukrainian folk music, with the occasional contribution from 20th-century composers who carry on the Ukrainian musical tradition. Bohachevsky may also be heard singing with Olga Pavlova on Ukrainian Songs (MON00462). The liner notes provide information about the content and story of each song.