Document of a Dream: A Reenactment of the Diaries of Theodor Herzl 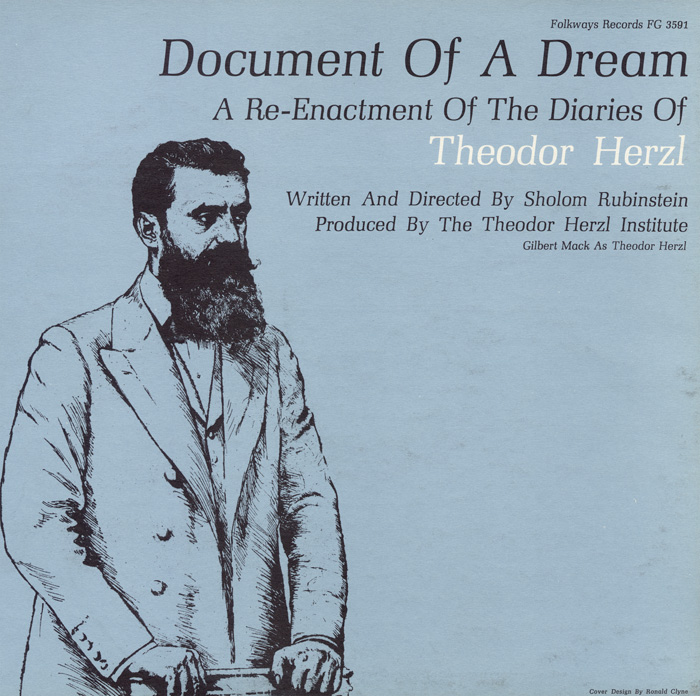 Originally designed to accompany a slide film presentation, this album details the life of influential political Zionist Theodor Herzl. Written and directed by Sholom Rubinstein, and produced by the Theodor Herzl Institute, the album covers such topics as combating anti-Semitism and Herzl’s quest for a Jewish homeland.