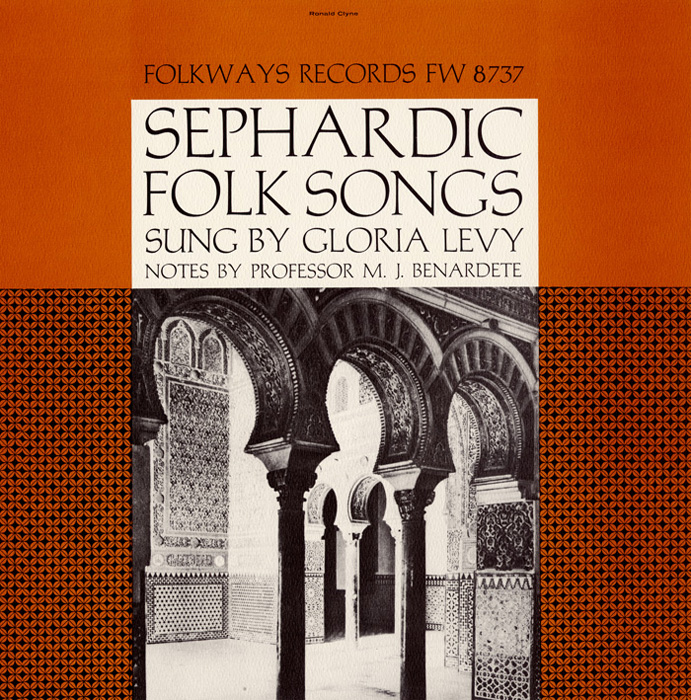 The Jews of Spain were given a stark choice in the year 1492: convert to Catholicism or go into exile. Those that left Spain (“Sephardic” comes from the Hebrew word for Spain) scattered to various Mediterranean countries, where the Ladino they spoke incorporated elements of the local languages. Gloria Levy’s parents, from Alexandria, Egypt, and Izmir, Turkey—both Ladino speakers—moved to New York City, where Gloria was born. Gloria learned the songs on this recording from her mother, who also provides the mandolin and tambourine accompaniments, while Gloria sings and artfully plays the guitar. Most of the songs are love songs sung in Ladino. Liner notes provide background information plus the song lyrics and their translation.